Thailand and Indonesia to Share Intel to Combat Insurgents
Advertisement 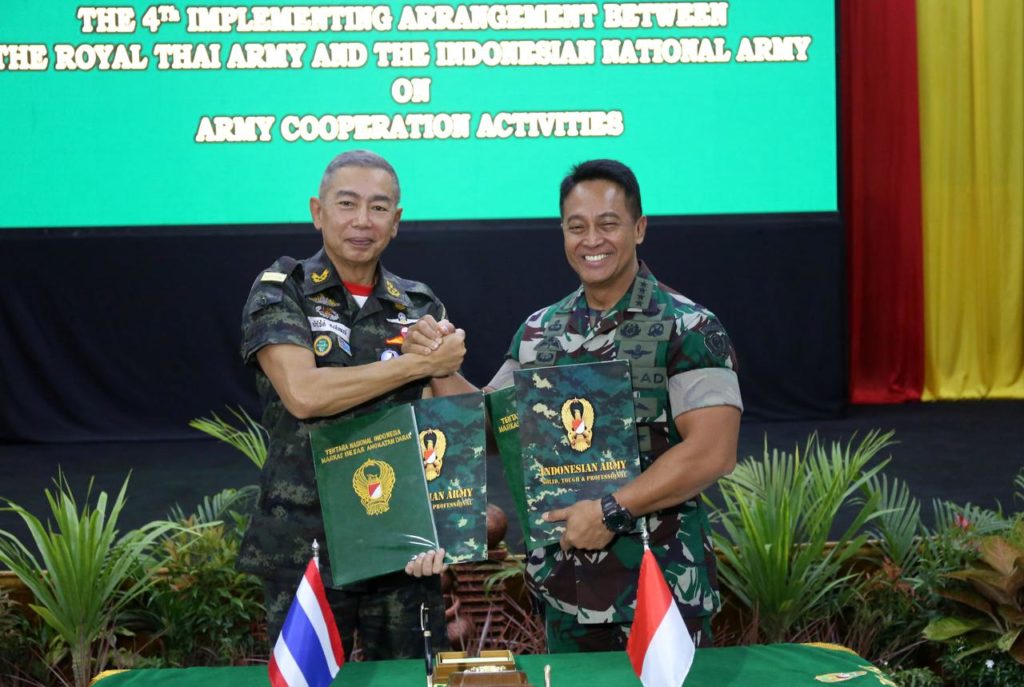 Thailand and Indonesia have signed an intel agreement that the Thai army chief says will help limit the movements of insurgents operating in the Muslim-majority southern region of Thailand.

Buddhist-majority Thailand and Muslim-majority Indonesia will share information on “movements of extremists; rebels or perpetrator groups who have been undermining national security.” The official document were observed by Reuters journalist in Indonesia.

It was signed during an official visit by Thai Army Chief General Apirat Kongsompong to Indonesia on Tuesday.

“This is about limiting the freedom to operate by groups, because we will be sharing information and monitoring individuals,” Apirat said.

Apirat said that Indonesia, has been used in the past by Thai insurgent groups. Above all to train as well as to hide and plan operations against Thailand.

Thailand is fighting a Muslim separatist insurgency in the southern provinces of Yala, Pattani and Narathiwat. Even more it has killed nearly 7,000 people since 2004, according to the Deep South Watch monitoring group.

In one recent attack, the insurgents stormed a security checkpoint and killed 15 people.

No imminent peace deal with the southern Muslim insurgents

Top Indonesian general Perkasa did not mention any specific militant groups that Jakarta was requesting Thailand to monitor. However he did stress regional cooperation is needed.

“In handling any security issue, we should handle it together,” General Perkasa said.

Threats to Indonesia include Islamist militant groups like Jemaah Islamiyah and other Islamic State inspired groups.

Aceh, Indonesia was embroiled in an insurgency that killed 15,000 people over three decades. In 2005 a truce between the Free Aceh Movement and Jakarta gave the region special autonomy. This allowed it to implement Sharia law.

Apirat, however, expressed no imminent hope for a peace deal with the southern Thai insurgents.

“I have said that the land within the Kingdom of Thailand cannot be separated, but there continues to be those who are against this all the time, so how can peace be achieved?” he said.