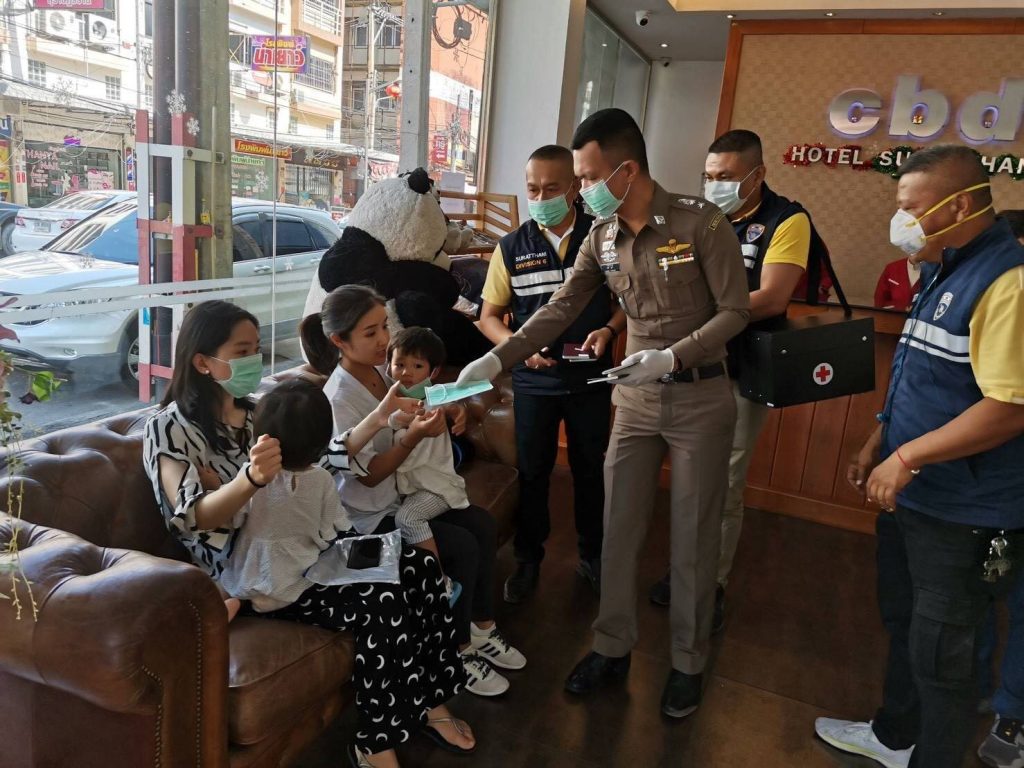 Thai Health officials in Phuket have started checking up and visiting Chinese tourists at local hotels over coronavirus concerns. Officials will check their health as precautions intensify to contain the spread of the virus.

“They will check 3,438 Chinese tourists who arrived in tour groups at 31 local hotels,” he said. “This is to monitor their condition and also generate confidence among the residents of Phuket.”

He also said provincial authorities have opened a centre to help virus-affected tourists. Its has been opened at the local Tourism and Sports Ministry office. Even more an event was also held at the provincial hall to send a message of support to Chinese visitors.

Dr Chalermpong Sukhonthapol, director of the Phuket coronavirus response centre, said 29 people had been placed under surveillance this month. Consequently 19 of them were cleared and discharged from hospitals. All of the people were Chinese nationals.

Passengers passing through Phuket airport from mainland China were being screened for possible infection from the coronavirus.

Meanwhile, Thai health officials have also confirmed Thailand’s first case of person-to-person transmission of the new coronavirus. The virus was contracted by a local taxi driver who had never travelled to China.

He was one of the five new confirmed cases, Thai health officials reported. Bringing the total number of people infected by the virus in Thailand to nineteen.

The four other new patients were Chinese nationals travelling from Wuhan. While the other 11 were either Chinese tourists or Thais who had visited the Chinese city, where the outbreak of the respiratory illness began.

Dr Sopon Iamsirithavorn, director of the Bureau of General Communicable Diseases, said the latest patient was one of two taxi drivers suspected of contracting the virus. The second Thai man, however, tested negative.

He added that 13 people who were in close contact with the newest patient. Including three members of his family, tested negative but were still under surveillance for 14 days.

Human-to-human transmission of the virus has also been confirmed in other countries according to Thai health. Including Germany, Japan, South Korea and the United States, Dr Sopon said. He also said compared to other countries, Thailand was at a “greater risk” when it comes to human-to-human transmission. Especially due to the number of Chinese and foreign travellers.