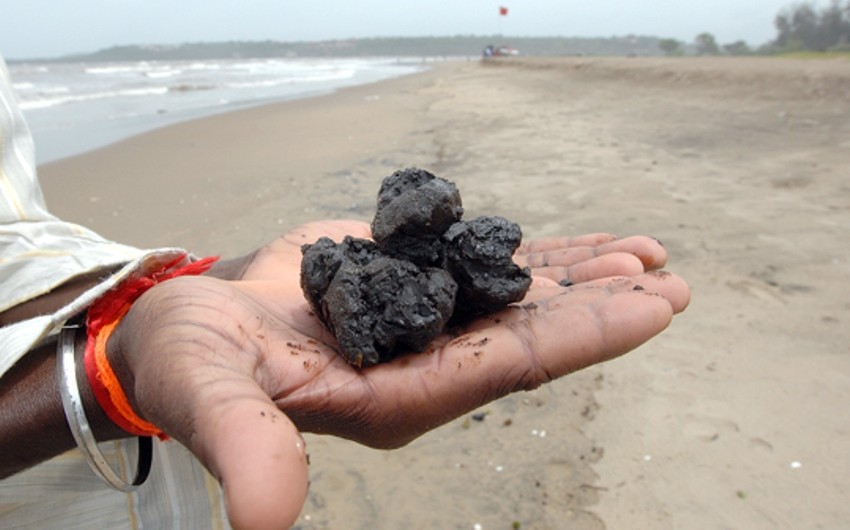 Deputy provincial governor Thawornrat Kongkaew chaired a meeting of heads of government offices and local administrations in Hua Sai district to discuss measures to clean up the area.

Mr Thawornsak said he instructed that samples be taken from the oil slicks for examination. Above all to find out where they came were from.

According to the Bangkok Post its initially believed they possibly came from oil rigs in the Gulf of Thailand or from fishing boats. However, the operators of the drilling platforms insisted they had not had any spills.

A coordinating centre will be set up for information gathered by the various agencies tackling the issue.

The marine office of Nakhon Si Thammarat has also filed a complaint with Hua Sai police. Asking they find those responsible for the pollution and hold them liable for the damage.

Local administrations are also organizing volunteers to regularly clean up the beaches polluted with tar balls.

What are the tar balls

Tar balls are dark-colored, sticky blobs of oil that occur when crude oil floats on the ocean surface. Changing its physical composition in a process called “weathering.”

After an oil spill or naturally-occurring seep, the oil spreads into a thin slick. Wind and waves break the slick up into small patches, or tar balls, that scatter into the ocean.

Initially, the lighter components of the oil evaporate or dissolve in the water. Leaving behind the heavier types of oil, like crude. The crude then mixes with saltwater to create a thick, sticky substance.

New tar balls appearing on the beach, especially in large numbers, might indicate an oil spill. The oil may have also come from ships who pump their engine holds into the ocean.

Tar balls are generally coin-sized, but can be bigger, forming “tar patties” that are the size of pancakes.

They are often “hard and crusty on the outside, soft and gooey on the inside. Fresh tar balls can have the consistency of molasses. The hotter the air or water, the stickier the tar ball.

American Rescued After Being Lost in Phuket Forest for Eight Hours