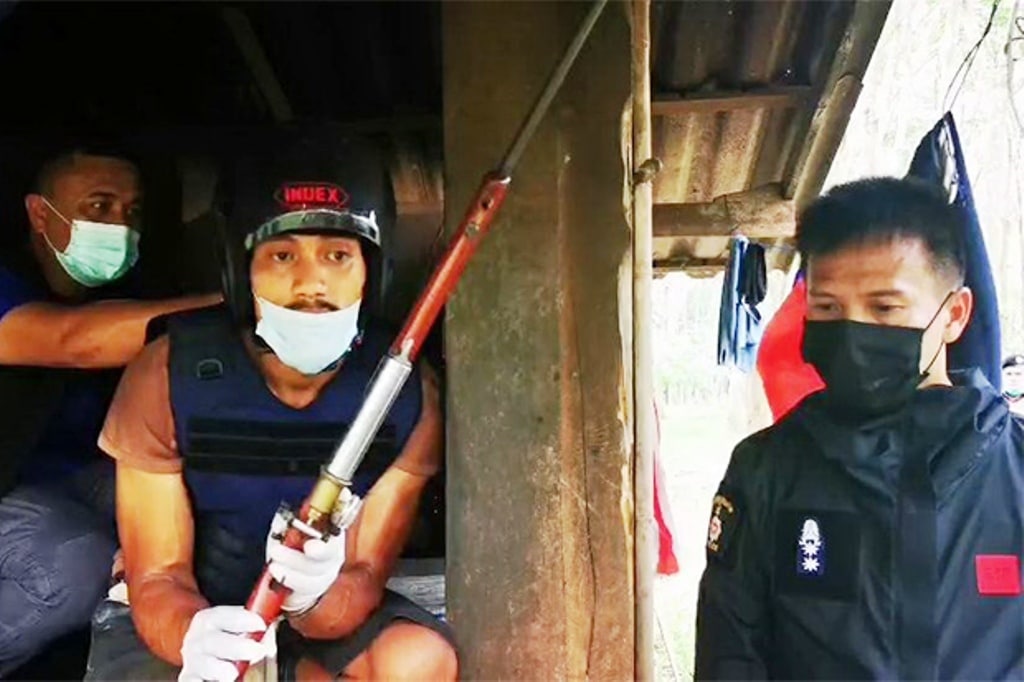 Police in southern Thailand have arrested a man for shooting his elderly father during a quarrel at the family home in Thung Song district of Nakhon Si Thammarat on Monday.

The suspect’s mother, Mrs Phannee, 68, said that on Sunday afternoon her husband Tawatchai, 70, and their son Suthee had a heated argument. Mr Suthee became extremely angry and ran to a hut behind the house and returned with a shotgun.

Mrs Phannee said she saw her husband flee towards an adjacent house. Mr Suthee ran after him and fired a shot, hitting his father in the thigh.

Mr Tawatchai was rushed to Thung Song Hospital, where he was pronounced dead from loss of blood.

After the shooting, Mr Suthee went back to the hut and stayed in there until police arrived and arrested him.

Mr Suthee confessed to killing his father in a fit of anger. He was charged with murder. Southern Thailand Police later put Mr Suthee through a re-enactment of the crime after his arrest.

Meanwhile, one of three men wanted for the murder of a 54-year-old man in southern Thailand has surrendered to police. A mans acid soaked body was found buried in a rubber plantation and the suspect implicated his cousin as the shooter in the fatal shooting.

Mr Suwit, 26, surrendered to Ao Nang police on Friday night after arrest warrants were issued for him and the two other men, Thai media reported.

Still at large are Suriya Roengsamut, alias “Bang Fit”, 32, and elder brother Surachai Roengsamut, 38. The three are accused of collusion in premeditated murder, illegal detention, arson, illegal possession of weapons and illegally carrying them in public.