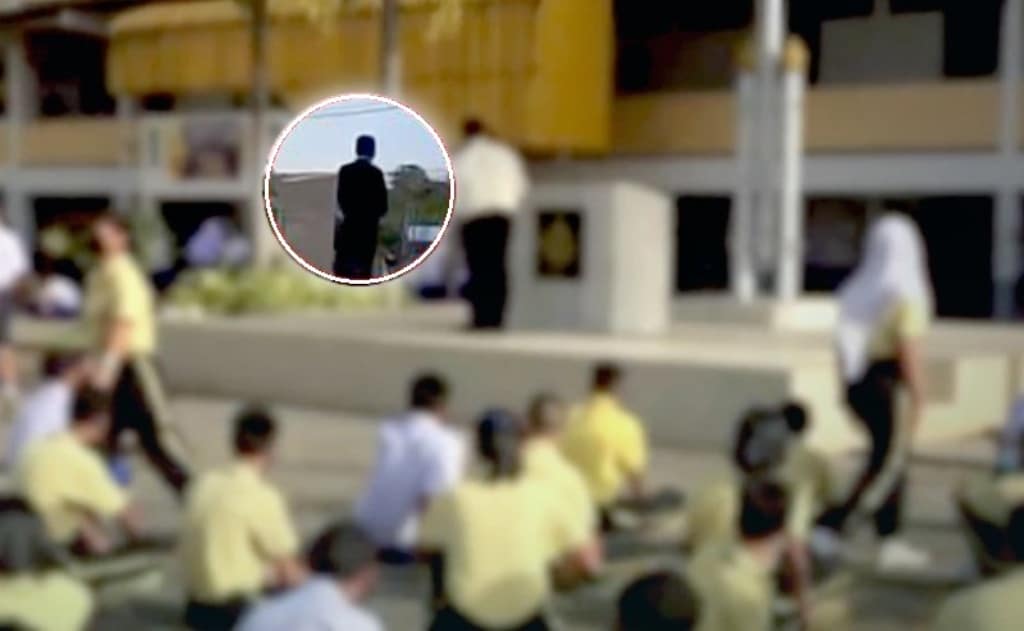 A secondary school principal in Southern Thailand pulled out a gun during morning assembly to protest against accusations that he was sexually involved with a student.

Initially, Songkhla province’s Thepha School principal, Sayan Chaleepol, 60, said farewell to everyone and apologized. The suddenly he pulled out a hand gun and started threatening the students and school staff.

Thankfully one of the teachers managed to take the gun from the School principal, and all classes were immediately cancelled. According to Asia One the secondary school will open again on Monday.

The principal, meanwhile, has been ordered to report to the Secondary Educational Service Area Office 16 in Songkhla Province.

A Grade 9 student’s mother has filed a police report accusing Mr Sayan of having sexual relations with her daughter.

The parent told Thai Media that the affair started at the beginning of this year. Also that her daughter had visited the principal at his home several time without their knowledge.

The mother said she had met Mr Sayan earlier in the week and demanded he quit and leave the area. However, the school principal denied the accusation, so she had no choice but to take the issue to Songkhla police.

Meanwhile, Songkhla police have dismantled an online gambling network accused of trading in billions of baht worth of drugs. Police also claim the son of a former Songkhla politician was involved.

The gang was targeted during “Sayob Andaman” (Taking Over Andaman), the name of the police operation against drug trafficking in Southern Thailand.

A total of 1,199kg of crystal meth was impounded in Surat Thani and those arrested were found to be members of international drug syndicates.

National police chief Pol Gen Suwat Jangyodsuk said yesterday that one of those nabbed in Nakhon Si Thammarat was a police officer from Narathiwat who had links to the Freedom Gang.