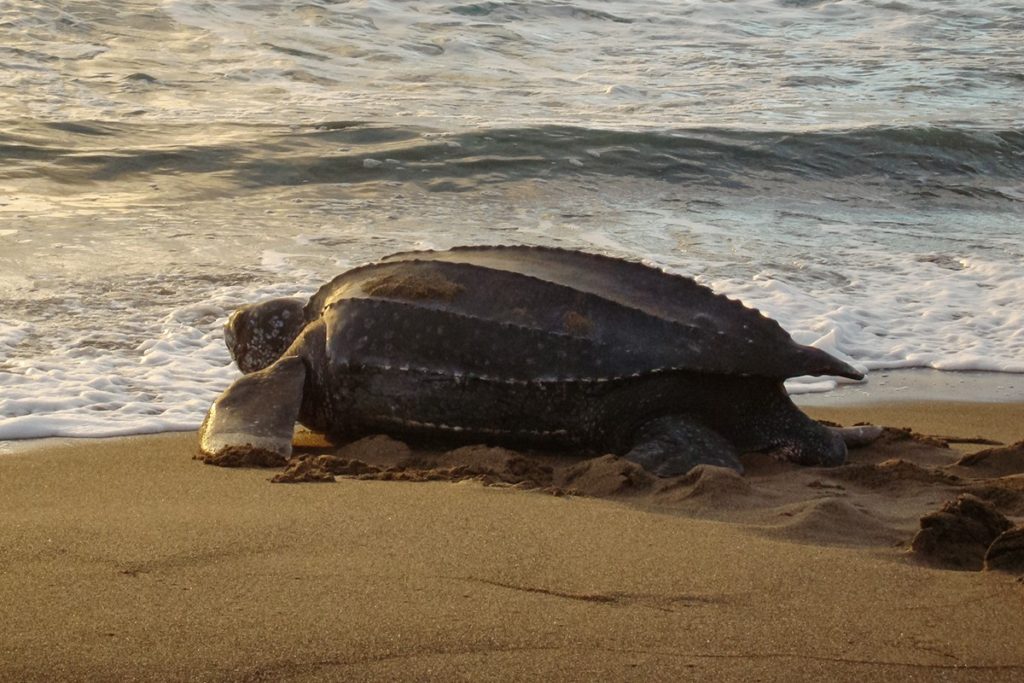 Authorities in southern Thailand have reported rare sea turtle eggs, belong to the leatherback turtle, were stolen from a beach in Phangnga.

The chief of Hat Thai Mueang National Park said park officials found traces that a turtle, laid eggs on a beach at night during the high tide. Marine biologists inspected the site and found only two eggs of the from the leatherback turtle.

About 50 eggs are believed to be stolen from the hole in which the turtle laid its eggs.

Concerned authorities are now collecting evidence left in the area to take legal action against the theft.

Prof Thorn Thamrongnawasawat posted a message on his Facebook that the leatherback turtle is a reserved animal.

Anyone, who gives a tip-off that leads to the arrest of the culprit will receive a 20,000- baht reward. Prof. Thorn also said the reward was set up by a conservationist group.

In March of last year 40 rare leatherback turtles emerged from their shells and headed out to the Andaman Sea off Phangnga beach. The baby turtles were born in one of three nests found in this southern province. The first time in five years that turtles returned to lay eggs there.

Leatherback turtles are named for their shells which are softer than most other turtles. They are the largest sea turtle species. They’re also one of the most migratory, and sometimes cross both the Pacific and Atlantic oceans. They are classed as a ‘vulnerable’ species with a declining population.