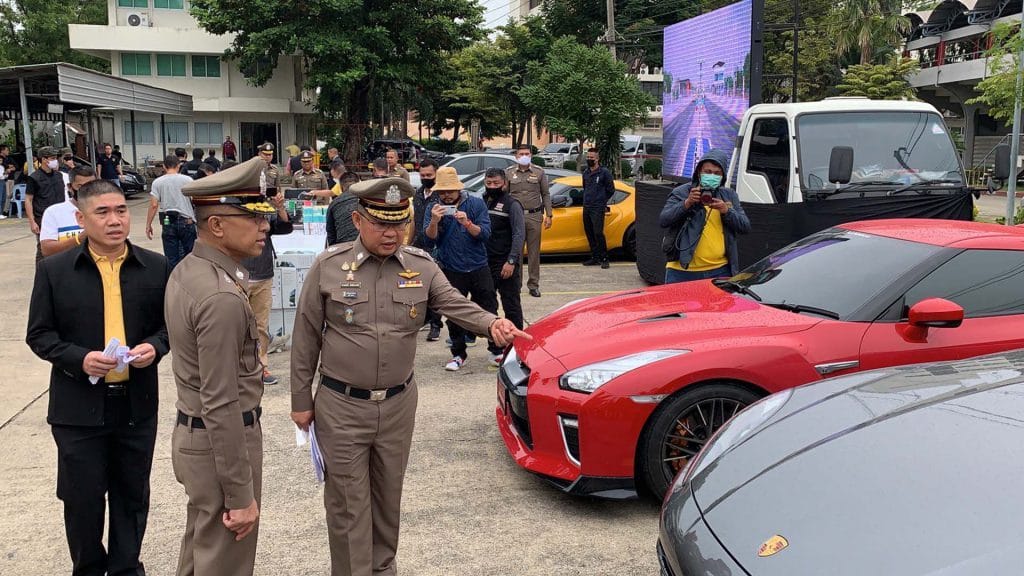 Police in southern Thailand have taken down an online gambling network accused of trading in billions of baht worth of drugs. Songkhla police also claim the son of a former Songkhla politician was involved.

The gang was targeted during “Sayob Andaman” the name of the police operation against drug trafficking in the South.

A total of 1,199kg of crystal methamphetamine was impounded in Surat Thani and those arrested were found to be members of international drug syndicates.

National police chief Pol Gen Suwat Jangyodsuk said yesterday that one of those nabbed in Nakhon Si Thammarat was a police officer from Narathiwat who had links to the Freedom Gang.

Three other people were arrested with him and assets worth 50 million baht were seized, said Pol Gen Suwat.

Police then followed the trail of drug money transactions and it took them to online gambling organised by the Freedom Gang. About two billion baht circulated in several accounts owned by the gang, said the police chief.

The gang are accused of laundering money for drug traffickers, hiring people to open bank accounts to store the proceeds of drug trafficking and online gambling.

Ten more people, including high-ranking gang members, were arrested from Feb 3-5 and charged with money laundering. Police say they own a string of properties and luxury cars.

Yesterday morning, police raided a house in Songkhla municipality after the court approved arrest warrants against the son and daughter of a former Songkhla politician for money laundering. Only their mother and an employee were at home at the time but police found more than 20 million baht in cash and jewellery in a safe.

Authorities say the politician’s son was the key person behind the laundering of drug money through gambling websites. More than one billion baht was found in his bank accounts.