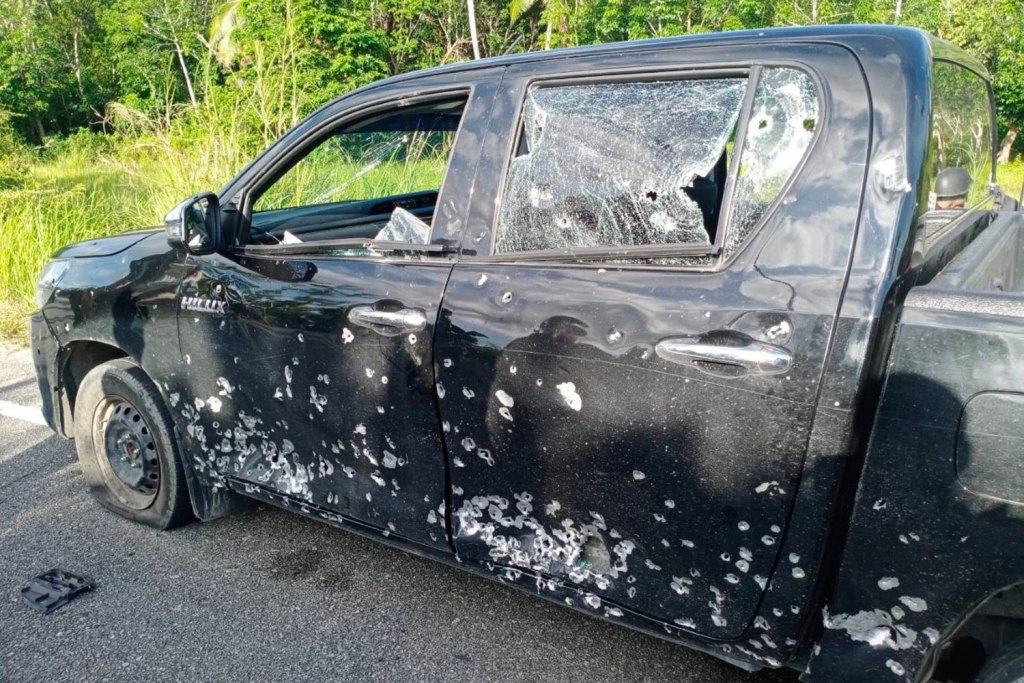 Five police officers have been wounded in a bombing and gun attack in Southern Thailand’s in Sai Bui district of Pattani on Saturday.

The police officers were attacked as their pickup truck passed through the district, said a police officer at the Sai Buri police station who was alerted around 4.30pm.

An initial investigation found that the injured officers had been called to support an operation to round up suspects at a village in tambon Kadunong in the district. When their vehicle drove past the area, the bomb exploded and shots were subsequently fired at the vehicle.

Meanwhile, military and police personnel surrounded and gunned down two suspects during a long standoff this week. As many as 100 police and servicemen were deployed to catch seven suspected insurgents during a raid in Pattani province on Monday.

Two of the suspects besieged the Ma’had Subulussalam Islamic Private School before they were gunned down after a standoff that lasted 17 hours. Three soldiers were injured in the operation. The rest of the suspects fled.

A day later, in what police said was a retaliatory incident, a soldier was killed and three others injured in a land-mine explosion in Chana, a district of nearby Songkhla province.

More than 7,000 people have been killed in the slow-burning conflict in Thailand’s southern provinces, where an insurgency pushing for independence or greater autonomy for the region’s Malay Muslim minority was re-ignited in 2004.