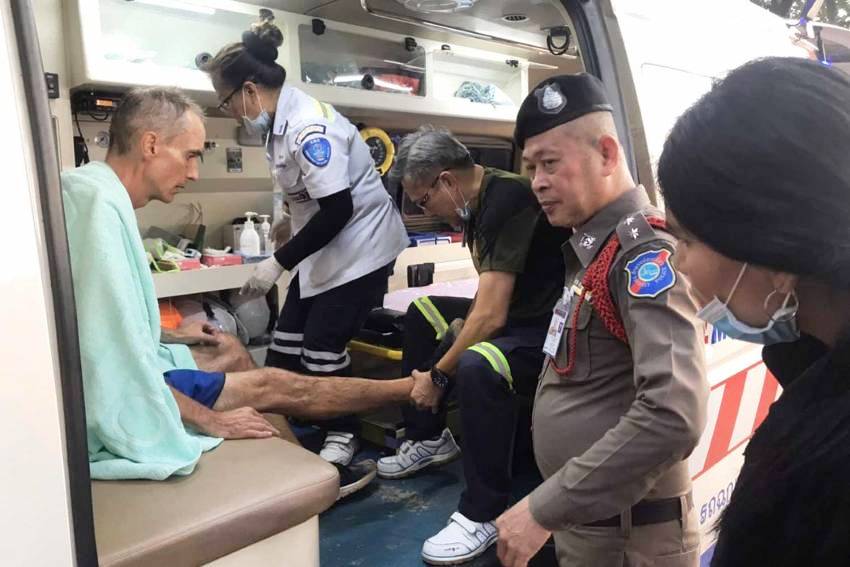 An American tourist has been found exhausted eight hours after becoming lost in a forest at Nai Thon beach in Phuket, Thailand. The man called the tourist police hotline 1155 for help about 3pm and sent his location via his mobile phone.

Local fishermen told police the spot was about 1.5km from Nai Thon beach.

Police coordinated a search with the help of Sirinart National Park officials and local residents. Two teams were dispatched.

One of the teams found the missing American tourist, who appeared exhausted. Police also said the American was lost in the area with no drinking water for more than eight hours.

Medics who arrived on the rescue gave him first aid, however he did not want to go a hospital.

Mr Mitchell also thanked police and everyone else involved in the search.

Sirinat National Park is on the northwestern coast of Phuket Island, in Thailand. Its pine-fringed beaches include Nai Thon, at the southern end, and Nai Yang. It is also near Phuket International Airport.

Mai Khao Beach is home to nesting turtles, including leatherbacks and also hawksbills. Tropical coral reefs cluster in the waters offshore. In the north, past Sai Kaew Beach, mangrove forests shelter birds such as kingfishers.