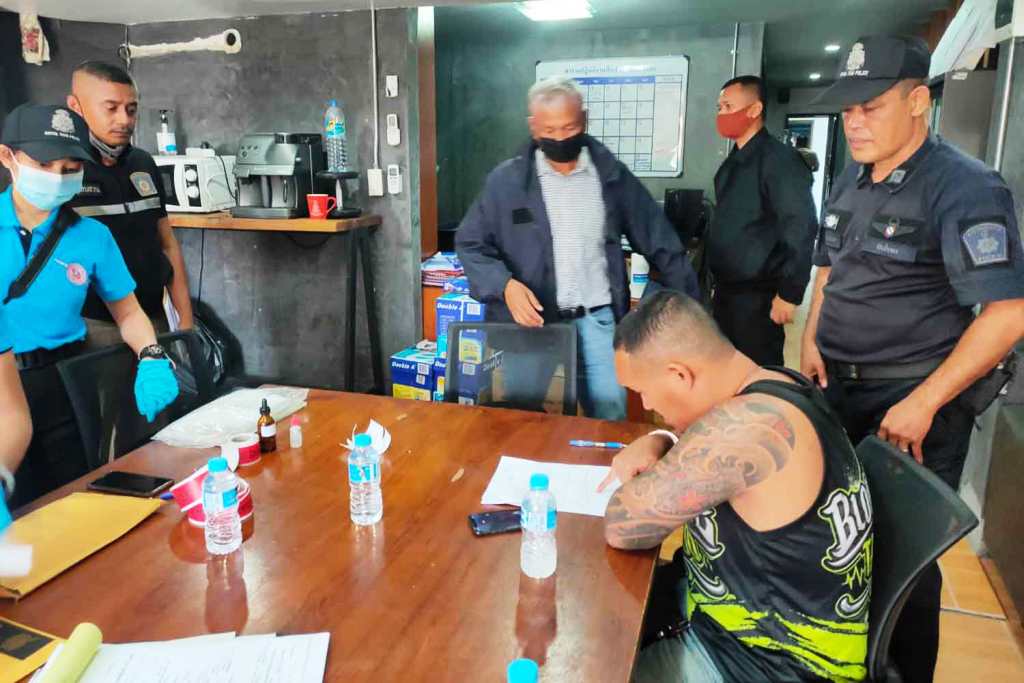 A Phuket policeman has been arrested after randomly firing his pistol on a street in Patong, wounding a noodle vendor, shortly before dawn on Tuesday.

Witnesses told Phuket police investigators that Pol Cpl Pornthep Channarong arrived in Soi Bang La about 5.50am. He had been at a party for a transferred colleague and he appeared to be drunk.

The policeman, who was not in uniform, pulled out his pistol and fired random shots along the street. One of the stray bullets hit Aroon Thongplub, a noodle vendor who happened to be passing by.

Mr Aroon was admitted to Patong Hospital and then transferred to Vachira Phuket Hospital for treatment.

Pol Cpl Pornthep, who is attached to Phuket Police was quickly detained by local Patong police. He denied having committed any offence. However police found nine spent pistol cartridges were found at the scene.

Pol Col Sujin said there was initially no evidence that Pol Cpl Pornthep and the wounded vendor had any prior conflict.

Meanwhile, Maj Gen Naphanwut Liamsa-nguan of the Region 8 Police explained that Cpl Pornthep had already been ordered to transfer from Phuket Provincial Police to Region 8 Police before the shooting.