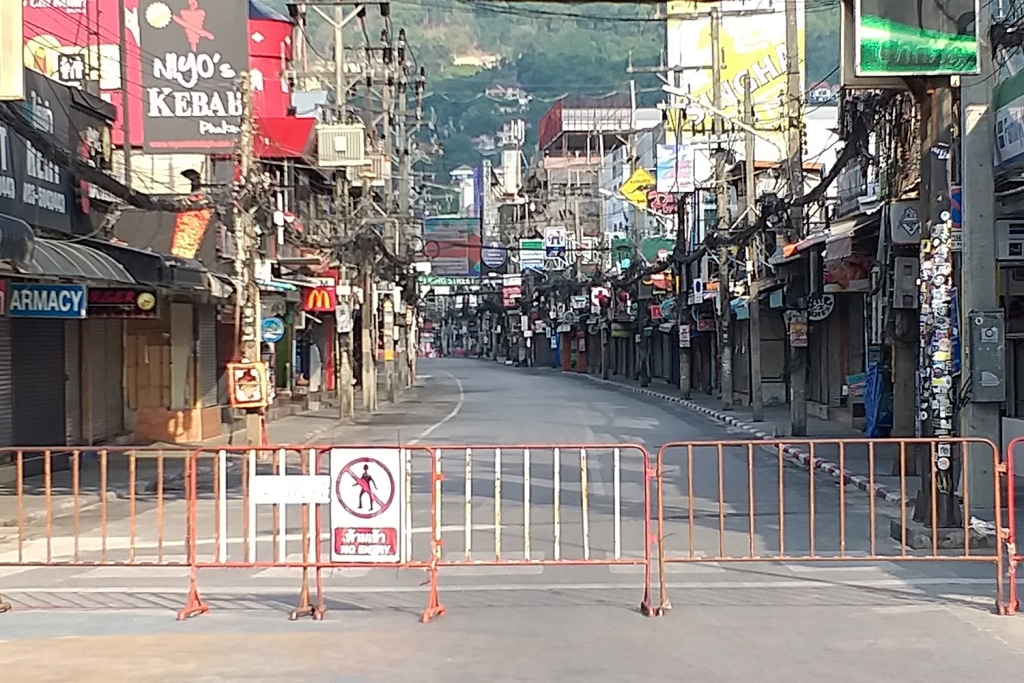 Phuket health chief Koosak Kookiatkul said on Thursday the two people visited the Illuzion Patong pub. The new covid-19 infections raised the number of covid-19 cases reported recently in Phuket to ten. One of them was linked to a pub in Thong Lor area the Bangkok Post reports.

Dr Koosak gave details of the eight other cases in Phuket.

The first was a 29-year-old receptionist at Kristal Club in Thonglor. Her condition was not severe and she was being treated at a private hospital in Phuket. Twelve people came into contact with her and all were quarantined, he said.

The second was a 38-year-old male official. He had visited a fighting cock arena, a massage parlour and a pub. His condition was not severe and he was being treated at Vachira Phuket Hospital. There were 52 people deemed at high risk, and 10 of them had already been quarantined. Officials were tracking down the others, the Phuket health chief said.

The third case was the wife of the infected official. Her condition was also not severe and she was being treated at Vachira Phuket Hospital. Two people came into close contact with her and they were deemed at high risk.

The fourth was the couple’s son. He was being treated at the same hospital as his parents. Sixty-one people were at high risk of infection, all school classmates. They had undergone Covid-tests and were awaiting results.

The fifth and sixth cases were a married couple who lived in Thong Lor area of Bangkok and visited Phuket on April 2. They went to Illuzion pub and Café Del Mar on the island province. The couple later tested positive and sought treatment at Bangkok Phuket Hospital. Thirty-four people visiting the two entertainment venues were at high risk.

The seventh and eighth cases were also a married couple. They went on a diving trip. The dive instructor asked them to take swab tests and the results came back positive.

They were being treated at Vachira Phuket Hospital. Officials were tracking down people who had been in close contact with them.

The provincial disease control committee later on Thursday agreed to temporarily close three nightspots linked to coronavirus infections for 14 days,  and other pubs and bars for 10 days.

All three premises would be disinfected. Employees would be asked to take Covid-19 tests as part of prevention measures, the deputy governor said. The panel also resolved to close other pubs, karaoke bars and other entertainment places for 10 days, from April 9 to 18, he said.

However, Phuket is already on the list of provinces where all entertainment venues will be ordered to close for at least two weeks from Friday, to  combat the Covid-19 cluster spreading rapidly from Thong Lor.

Taweesilp Visanuyothin, spokesman for the Centre for Covid-19 Situation Administration, said in Bangkok on Thursday that all bars, pubs and clubs  in 41 provinces, including Phuket, will be ordered to shut their doors for at least two weeks.

The order would be signed by the prime minister on Friday, effective immediately, he said.