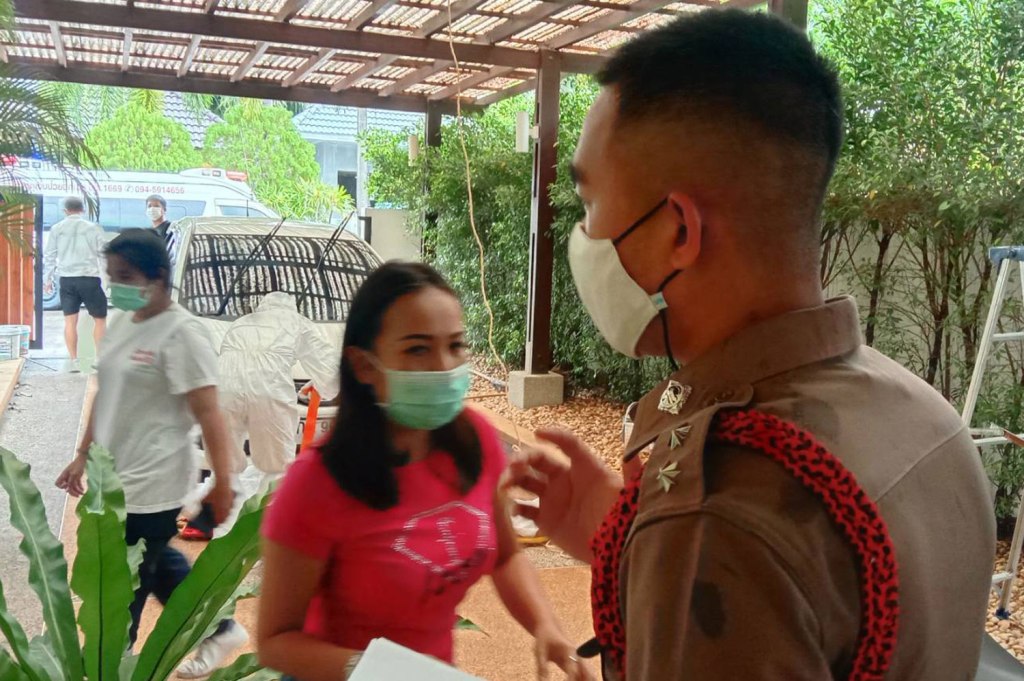 Police on the resort Island of Phuket have reported a 37 year-old Swiss man hanged himself at his home on Saturday. The apparent suicide was reported to Thalang police station at about 3.30pm.

A police team and a rescue unit were rushed to house at Moo 1 in tambon Pak Khlok in Phuket to investigate.

There, the body of the Swiss man was found lying near the entrance to the house. A nylon rope was found hanging from a roof beam.

Rampaipan Hutter, 39, the Swiss man’s wife, said the incident occurred while she as out of the house. When she returned, she found him hanging from the roof. She called neighbours for help, but they found he was already dead.

Ms Rampaipan said her husband had previously tried to take his own life when lived with his father in Switzerland. On that occasion, the police managed to dissuade him. She said she had not expected him to try it again.

The police recorded the incident before informing the Swiss embassy. The body was sent to Thalang Hospital for an autopsy.

In other news, Phuket Provincial Police Commander Maj Gen Pornsak Nuannoo and two other top-ranking officers have been transferred pending an investigation into their relationships with suspects arrested in a gambling den raid at a resort on Koh Siray, east of Phuket Town, last month.

The gambling raid on July 17 was conducted at a resort villa on Koh Siray where police arrested gamblers playing baccarat. Officers also seized betting chips which were marked to represent a total value of about B12 million.

Region 8 Police Commander Lt Gen Kitrat Panpetch issued an order yesterday (July 31) to transfer the two top-ranking officers of the Phuket Provincial Police and one senior officer of the Chalong Police to temporarily work at the Region 8 headquarters at the northern end of the island while the investigation is carried out.