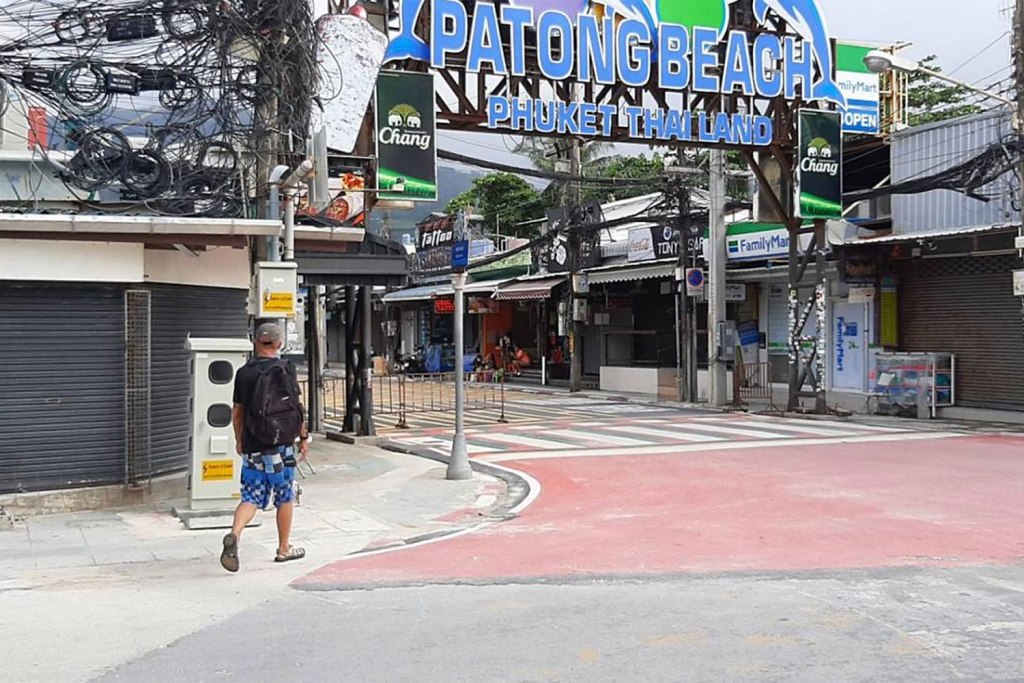 The governor of Phuket has ordered the entire island sealed off, from travellers from other provinces starting from Aug 3, 2021, while the fate of the Phuket Sandbox scheme allowing foreign tourists is yet to be determined.

Governor Narong Woonciew signed the order on Thursday, outlined the stiffer travel restrictions in Phuket. People from outside the province are prohibited from travelling to Phuket with the exception of those transporting essential goods, students, and emergency medical services.

Those exempt are still required to be fully vaccinated and have proof to show at the entry checkpoint.

Meanwhile, Department of Disease Control (DDC) director-general Kajornsak Kaewjaras said the department will monitor the Covid-19 situation in Phuket for another two weeks to decide whether to keep the Phuket Sandbox scheme.

Phuket, he said, has done a good job controlling Covid-19 transmissions in the province, as of the 12,395 foreigners visiting the island province, 30 infected people have been identified and quarantined.

“In this respect, the province has succeeded in tracking down all infected visitors and preventing transmissions from spreading to communities,” he said.

Dr Kajornsak said local tourism- related businesses have also complied with containment measures. The DDC said that a total of 148 cases were reported in Phuket over the past week. All were brought in from other provinces. Some are Phuket residents who worked in other at-risk provinces and returned to the province to seek medical treatment.

Nevertheless, Dr Kajornsak said that those who are at high risk will be isolated at local quarantine facilities. “Currently, there are nine active infection clusters in Phuket and all infected people from the clusters have now been quarantined,” he said.

“The DDC will wait for two weeks to assess whether local quarantine facilities will have enough capacity to accommodate any new patients.”

The healthcare system in Phuket is currently at 36% of its capacity and can still handle new cases, without serious cases that require ventilators, he said.

Dr Kajornsak said recent inspections at construction worker camps by Mr Narong found there were no infections reported in them. The bubble and seal approach has also been enforced in a further 800 worker camps as a precaution without the need for testing, he said. “The Phuket Sandbox scheme should be able to continue for now,” Dr Kajornsak said.

“We need another two weeks to assess the situation and look at the number of patients before deciding whether the scheme should carry on.”