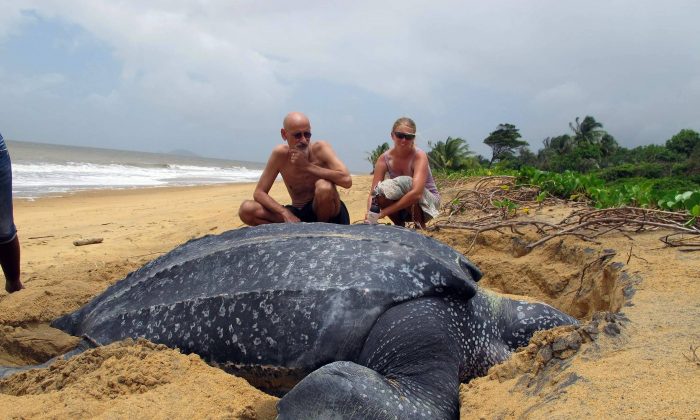 Authorities have ordered strict measures to check the beach and visitors entering the park. Especially since its expected that more turtles will lay more eggs in the area.

The order follows the disappearance of about 50 turtle eggs from Khao Nha Yak beach, which is part of the park.

Park officials found evidence that a turtle had laid eggs on the beach around 4.30am last Saturday. When they returned to the spot, they found only two undeveloped eggs. Fifty leatherback turtle eggs had been taken.

The Natural Resources and Environment Ministry has threatened harsh measures against the robbers, whose identities are still unknown to park officials and police.

The leatherback is the only sea turtle that lacks a hard shell. Its carapace is large, elongated and flexible with 7 distinct ridges running the length of the animal.

The turtle nest at intervals of 2 to 3 years, though recent research has indicated they can nest every year. Nests between 4 to 7 times per season, with an average of 10 days between nesting.

They can lay an average of 50 fertilized eggs, the size of billiard balls, and 20 smaller, unfertilized eggs, in each nest. Eggs incubate for about 65 days. Unlike other species of sea turtles, leatherback females may change nesting beaches. However they do tend to stay in the same region.