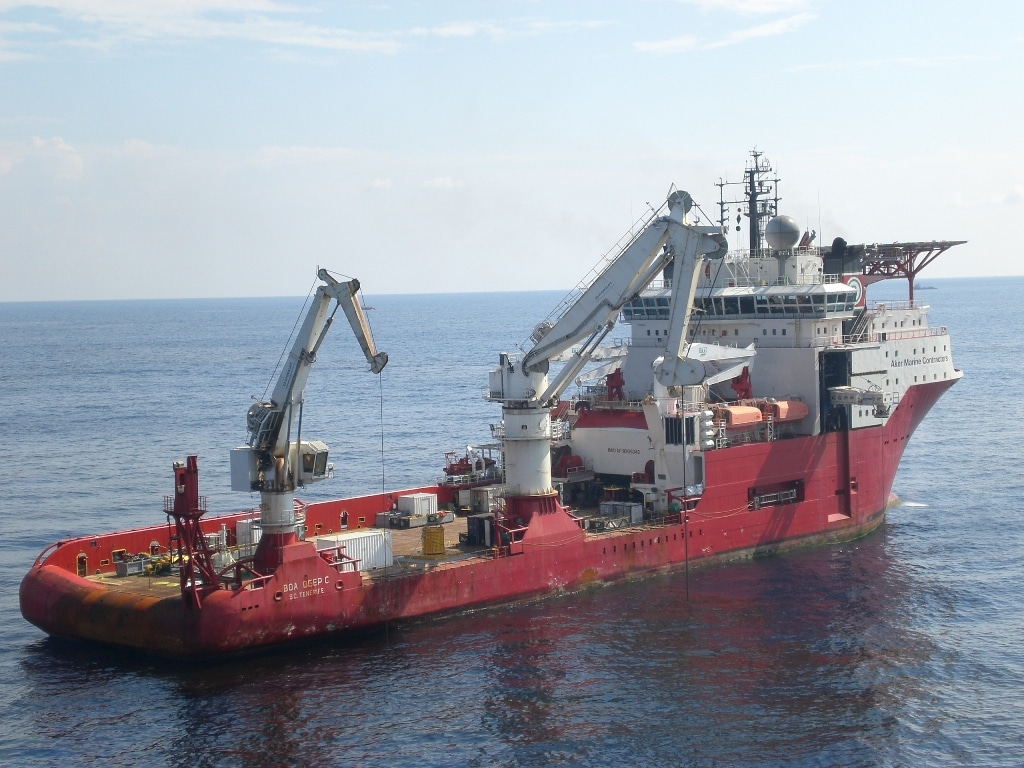 Rear Admiral Pokkrong, the spokesman for the Thai Maritime Enforcement Command Centre (Thai-MECC), said the Boa Deep C had been anchored off Ko Nu island since May 12 as ordered by the marine office.

According to a report given to Thai-MECC Region 2 by Santi Raksap, an official at the international disease control office of the Songkhla Deep Sea Port, Boa Deep C departed from India on May 1 with 29 crewmen on board.

At about 5pm on the same day, the vessel departed for Sattahip, Chon Buri.

At about 10pm, the swab tests showed six of the crew had tested positive forCovid-19.

The marine office in Songkhla immediately ordered the Boa Deep C to return to port in southern Thailand. Upon arrival the next day,  the vessel was ordered to anchor near Ko Nu island off Songkhla until further notice.

The vessel was prohibited from letting any crew members travel to an oil platform or any sea ports in the country.

The vessel was turned to be a field hospital, where the infected — none yet seriously ill — were separated from those who had tested negative for Covid-19.

Rear Admiral Pokkrong said that if the vessel’s captain wanted to return to its country of origin, it could do so after informing Thai-MECC.

The maritime enforcement centre had instructed its office in Songkhla to send patrol boats out to the area around Ko Nu island to make sure no people or goods embarked or disembarked.

Son Guns Down his Father after Heated Argument in Southern Thailand