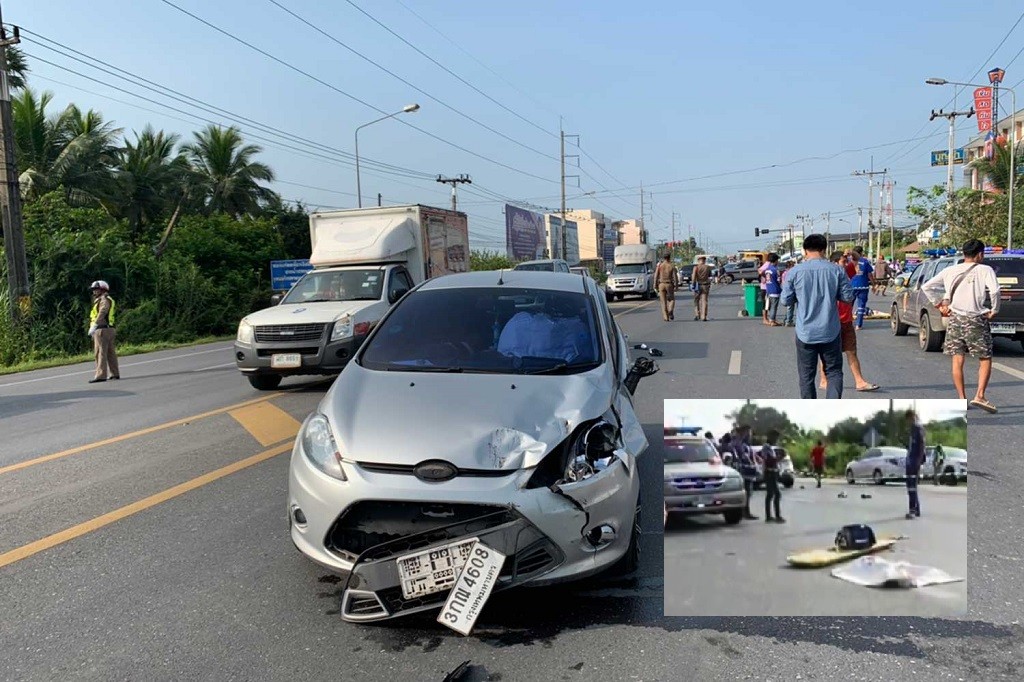 A mother and baby boy were killed when their motorcycle was hit by a car at an intersection in Southern Thailand. The accident occurred about 8am near a three-way junction on Therdphrakiat road, in Nakhon Si Thammarat.

Police said motorcyclist Supanrat Srisawang, 38, was turning right at the junction and cut in front of an oncoming car.

She was seriously injured, while her 19-month-old son, who was sitting in front of her died instantly. He suffered a broken neck and head injuries.

Supanrat was rushed to southern Thailand’s Maharat Nakhon Si Thammarat Hospital, where she too was pronounced dead.

The Bangkok Post reports the car driver, Warissara Srisawang, 32, a clerk at a school surrendered to police after the accident.

Meanwhile, a retired village chief was also struck and killed by a pickup truck while cycling in a bike lane in Nakhon Si Thammarat.

Cyclist Damrong Jongrakjit, 64, was hit from behind by a pickup travelling at high speed. He also died on the spot, even more the pickup quickly sped away.

Police in southern Thailand were looking to identify the vehicle and the driver for legal action.