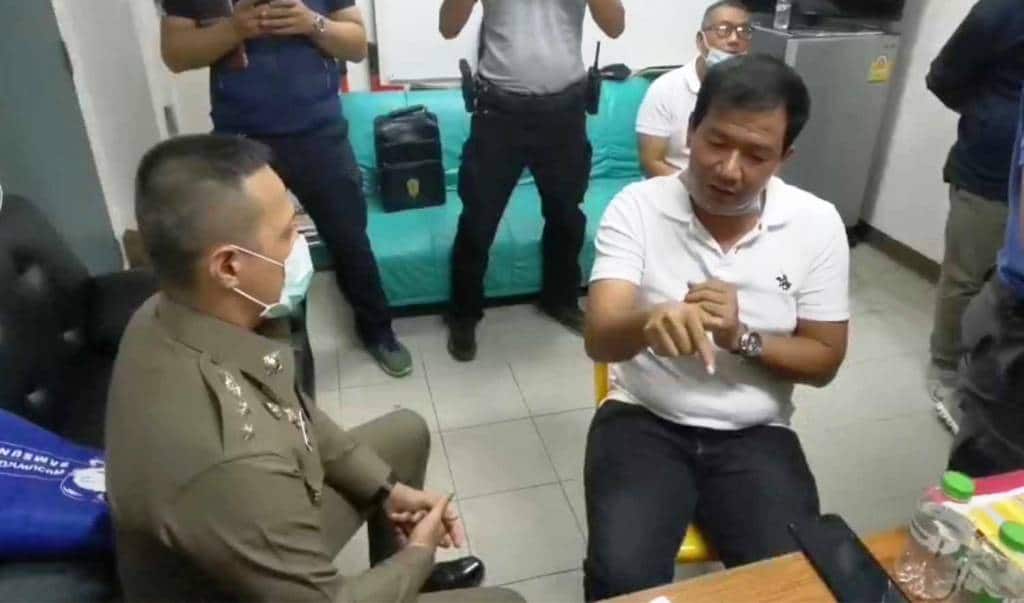 Police in southern Thailand have arrested a 41-year-old land broker after he shot and killed a man and injured two others at a house in Hat Yai district on Wednesday night.

Money Lender Mr Thawatchai Ruengrit, admitted to the shooting and said the man owed him one million baht and had refused to pay.

He surrendered to Hat Yai police, and handed over an 11mm pistol said to have been used in the shooting. There were four rounds still in the magazine.

The shooting occurred on Wednesday night. The money lender rode his motorcycle and opened fire at a group of people drinking together behind a house in Hat Yai.

Debtor was the target

A bullet his Thanongsak in the head and killed him instantly. Mr Preecha, chairman of Khong Hae municipality, and Ms Sudjai, sustained leg wounds. The money lender then fled and was later identified as Mr Thawatchai.

During interrogation, Mr Thawatchai, a money lender, allegedly told police his real target was Thanongsak who was killed. The man had owed him about one million baht and they had often quarrelled over it.

On Wednesday night, he was riding his motorcycle past the house and saw a group of 4-5 people drinking together.

He stopped and parked his bike and greeted people he knew. He noticed Thanongsak was sitting there. The suspect claimed Thanongsak had reacted strongly upon seeing him.

Mr Thawatchai said he then pulled out his pistol and fired three shots at the man. He said he had not intended to shoot the others, according to police.

Police pressed an initial charge of murder against the suspect, they also said they would question him further about the motive for the shooting.