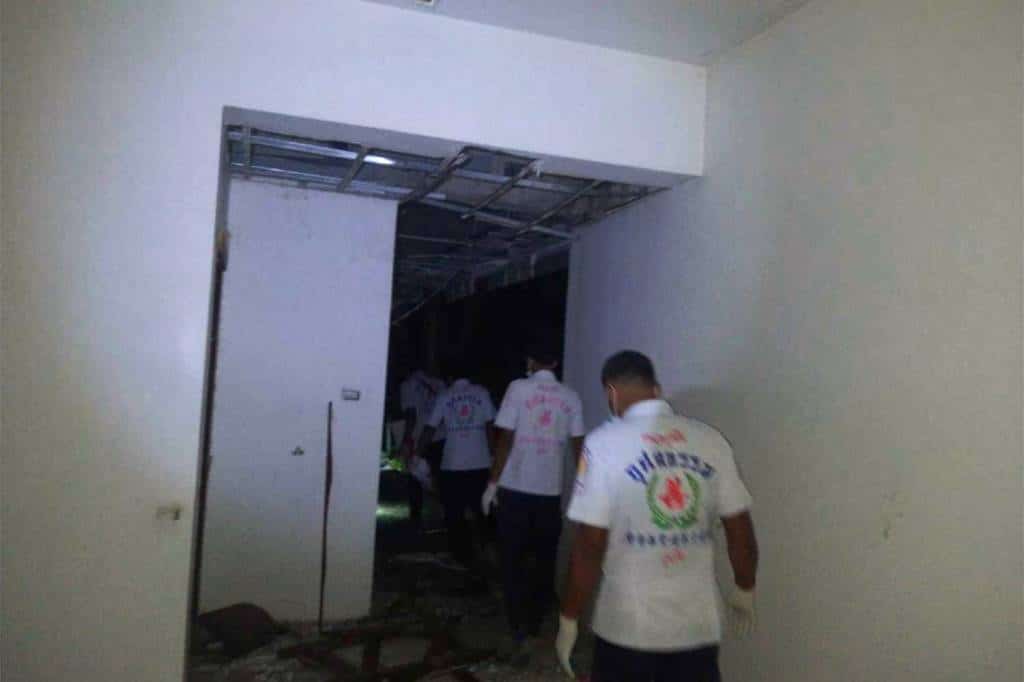 Police on the resort island of Phuket have reported the found a man from Kyrgyzstan hanged at a deserted hotel in Thalang district in the early hours of Saturday.

The body of the 28-year-old Mr Adilet (Last Name Withheld) was found on the third floor of the abandoned building in tambon Thep Krasattri, said Pol Lt Thitiwat Arsasing, a duty officer at the Thalang police station, who was alerted around 1.30am.

A younger brother of the man told police that his brother had left a house in Phuket on Friday evening and could not be contacted after that. He began looking for him and later found his elder brother had hanged himself at the deserted hotel.

According to police, the younger brother said the man had a debt problem and this might have been the reason for his act.

They said that before he took his life, the man sent a video to his wife who is living abroad. They did not give details of the video, saying only that the man was a tourist originally from the Republic of Kyrgyzstan

The officers sent his body to Thalang Hospital for a postmortem examination.

Meanwhile, Lt Phattarakorn Pongpaiboon of the Thalang Police has confirmed a case of suicide after being informed of a Thai man found hanged yesterday morning (Feb 19).

Police and Kusldharm rescue workers went to a house which was still under construction in Baan Mueng Mai, Moo 5, Thepkrasattri, around 7:20am yesterday.

They discovered the body of Mr Saman Mongkhalasiri, 53, originally from Phang Nga, hanged with a nylon rope from the house beam. Mr Saman’s neck was wrapped with a piece of cloth. No fighting or evidence of assualt or a struggle was found on his body.

Local people living nearby the scene told police that Mr Saman had a lot of debt that he was unable to pay and that this was believed to be the motive for his suicide.

Mr Saman’s body was taken to Thalang Hospital for examination and later handed over to relatives to allow them to hold a religious remembrance ceremony.