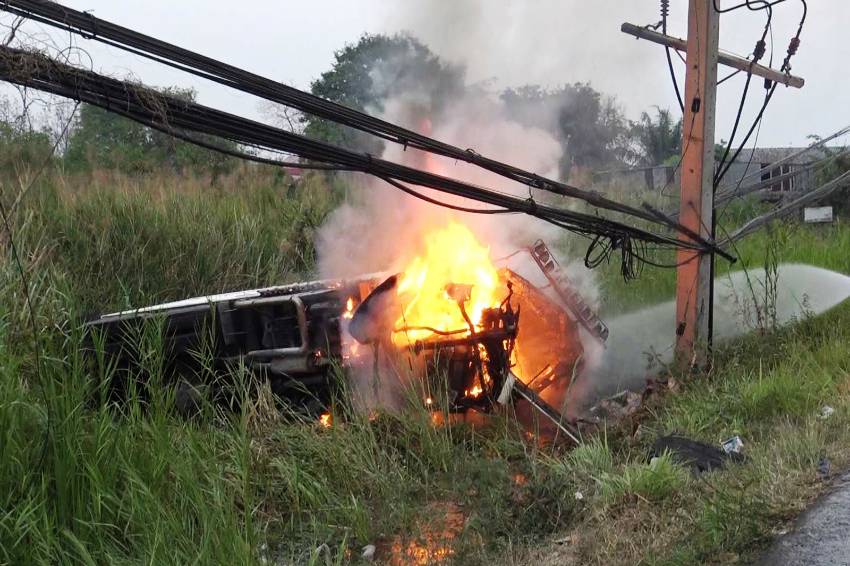 A man has been burned to death and his wife escaped with injuries after truck crashed into a power pole and caught fire in Southern Thailand. The accident occurred in tambon Nong Tataem, Pran Buri Saturday morning.

Police, rescue workers and fire crews rushed to the accident scene and found the 10-wheel truck engulfed in flames.

It took Firefighters about 10 minutes to bring the blaze under control while electricians cut the power from the pole.

The truck driver was found dead inside the vehicle with severe burns. Rescue workers used a cutting tool to pry open the wreckage to retrieve his body. His wife sustained injuries and was taken to Pran Buri Hospital.

The names of the driver and his wife were not released.

A police investigation found that the truck carrying fish on its way to Bangkok when a tire burst. The driver lost control of the vehicle, plunged into a roadside ditch and then hit a high-voltage power pole and caught fire.

Man Terrified After Discovering 5 Meter King Cobra Above his Bed