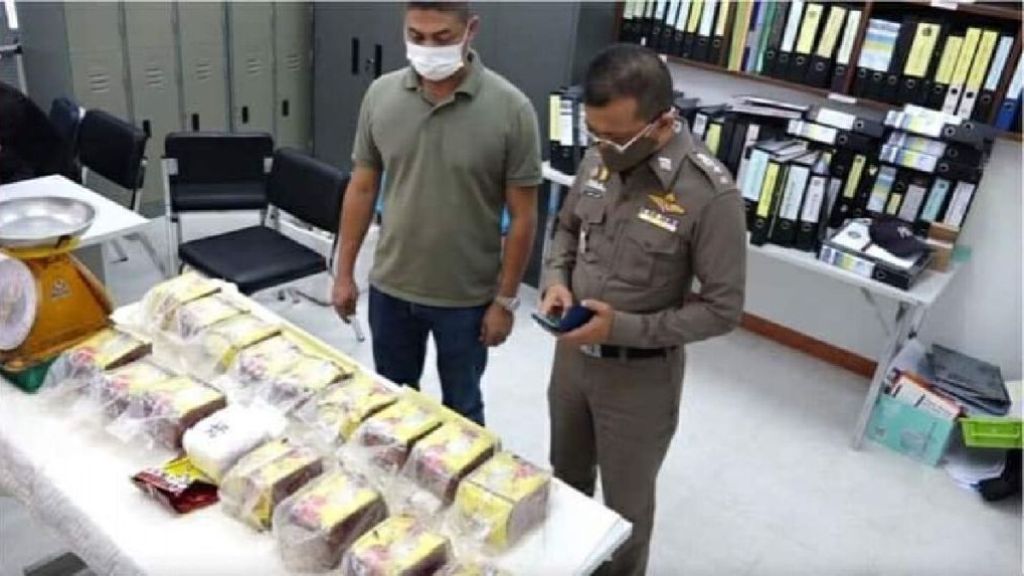 Packages of crystal meth, or Ya Ice, weighing a total of 17 kilograms were washed ashore on a Koh Samui beach on Wednesday. A local Villager informed local police of that 17 tightly sealed plastic packages had been found on Hat Koh Taen beach on Koh Samui.

The yellow packages each weighed 1kg and each had three layers of wrapping, with pictures of fancy carp and Chinese lettering. Police estimated the total market price of the drugs at 51 million baht.

The packs were similar to three other 1kg packages of crystal meth found on Hat Niyom beach in Chaiya district on Jan 20.

A narcotics suppression official said the packages on the two beaches could be from the same illegal shipment as 100kg of crystal meth found on the coast of Vietnam on Dec 10.

It was possible the drugs were being transported by boat from Vietnam to Thailand for onward smuggling to a third country, but the vessel sank, the official said.

In March last year, a total of 496kg of crystal meth in tightly wrapped plastic was washed ashore in the eastern province of Trat.

Meanwhile, Police in Phuket have arrested a Nigerian man for selling crystal meth, cocaine and ecstasy as he was allegedly making a delivery to customers in Patong area.

Davidsmith Chinazaekpere Ejiogo, 26, was apprehended in Soi Nanai 8, off Nanai Road, in tambon Patong on Tuesday, Patong police said. Arresting officers found one sachet of crystal meth, six of cocaine and four of powdered ecstasy in his pockets.

The arrest followed a tip-off from an informant that an African man would deliver illicit drugs to customers in Soi Nanai 8 on Tuesday.

Police assigned to the area noticed the suspect standing, waiting in the street. They approached him, and a search revealed the drugs.

Mr Ejiogo allegedly admitted he had more drugs in his room in Kalama area. He led police there and some cocaine was found inside a drawer under his bed, and some ecstasy hidden under a tree in front of the room, said police.

The suspect said he bought the drugs from an Asian friend in Bang Thao area of Thalang district, but did not know his real name, according to police. He was held in police custody on charges of illegal possession of illicit drugs with intent to sell.