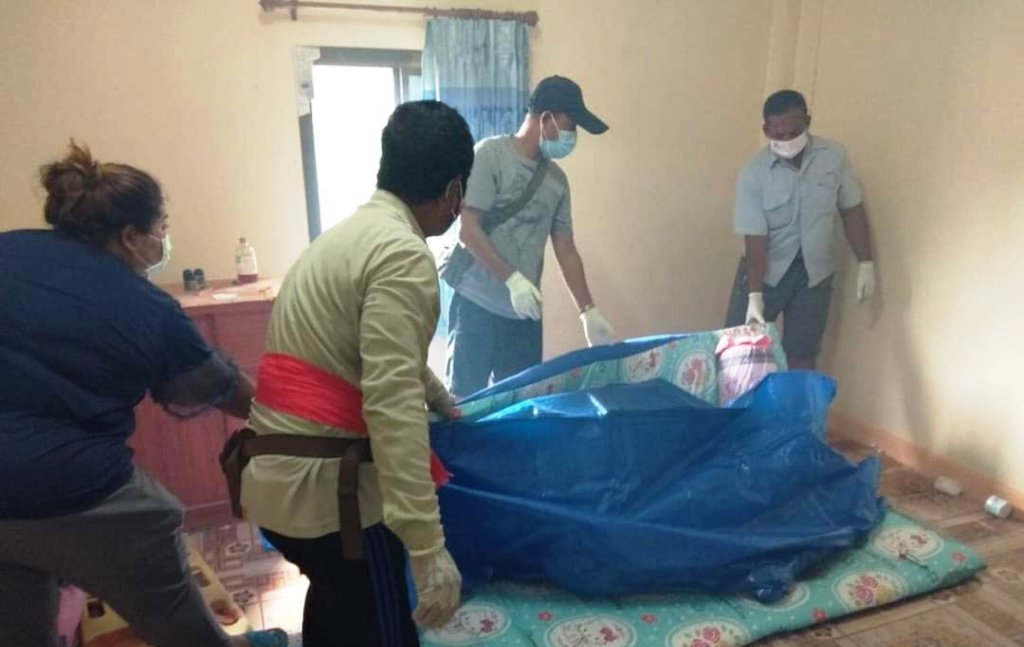 Police in southern Thailand’s Krabi province were alerted on Tuesday to a suspected suicide at a house in the capitol district. At the scene they found the body of a 41 year-old business woman on a bed with a BBQ pot beside her.

Forensic staff estimated she had been dead for around two days. They also say her body showed no injuries or signs of fighting. Her body was sent to Khao Phanom Hospital in Krabi for a detailed autopsy.

A neighbour who found her body said no one had seen the woman since Saturday evening. He said he smelled something burning, so he pried the door open and found her body before calling the police.

Krabi Police interviewed the deceased’s relative and found she had been working as a tour operator on Phi Phi Island for several years. That was until she was forced to close her business earlier this year due to the Covid-19 outbreak.

“She sold her boats and moved back in with her mother a few months ago,” said Niyom, 70, Phimprapha’s aunt. “She had a booming business, with several millions of baht in income that enabled her to travel overseas regularly. But the forced shutdown made her extremely stressed.”