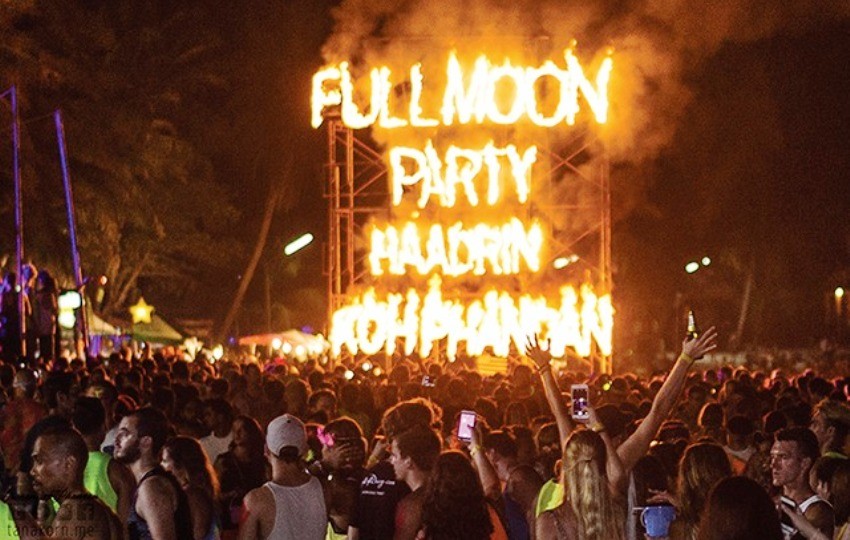 Officials in southern Thailand’s Koh Phangan have announced the cancellation of the full-moon party to prevent the spread of the coronavirus. Acting Koh Phangan district chief Somchai Somwong announced the decision Thursday.

He said they decided to call off the full moon party on Rin beach as the gathering of tourists could pose the risk of a Coronavirus outbreak. The full-moon party was scheduled for the full-moon night on Sunday.

The event normally draws thousands of tourists to the beach on the resort island.

The party will be held again only after the situation returns to normal, the official said. Adding the district had informed all tour agents and hoteliers about the suspension.

The Full Moon Party is a free-for-all party full of body paint, music, and buckets of alcohol at Rin Beach on Koh Phangan. It is unclear whether other gatherings on Phangan, like Half Moon and Black Moon parties, would also be cancelled. But an official there said a similar ban was also very likely.

Provincial authorities have also asked private operators to cooperate with the ban on Full Moon parties. Which draw at least 10,000 tourists every month. Surat Thani governor Wichwut Jinto also agreed with the decision for the safety of tourists visiting the island.

Meanwhile, One of the pioneers of cannabis cultivation in Israel and founder of Israeli Better Cannabis, has been arrested in Koh Phangan, Thailand. He was arrested at a luxury house in Ban Tai, Koh Phangan.

Gild was arrested with other Israelis for being involved in the sale of cocaine, ketamine, cannabis and other drugs. In addition to also attempting to bribe Thai police officers.

After a search of the home police found ecstasy, ketamine, cocaine and also marijuana in the bedroom. They also found scales and plastic bags for distributing the drugs. He admitted at the police station that it was all his.

Gild then allegedly asked to see an officer in charge and offered to pay one million dollars to be freed.

When the police refused, he started to show signs of stress and began to make trouble, Thai media reported. He allegedly threatened about how a Mr Big who would be informed.

Police had investigated the suspect after he appeared to be living a flamboyant lifestyle. However he didn’t appear to have a job. Pol Lt-Col Thanawat Sukhata said this was no ordinary suspect in a drugs case. He was a big player.