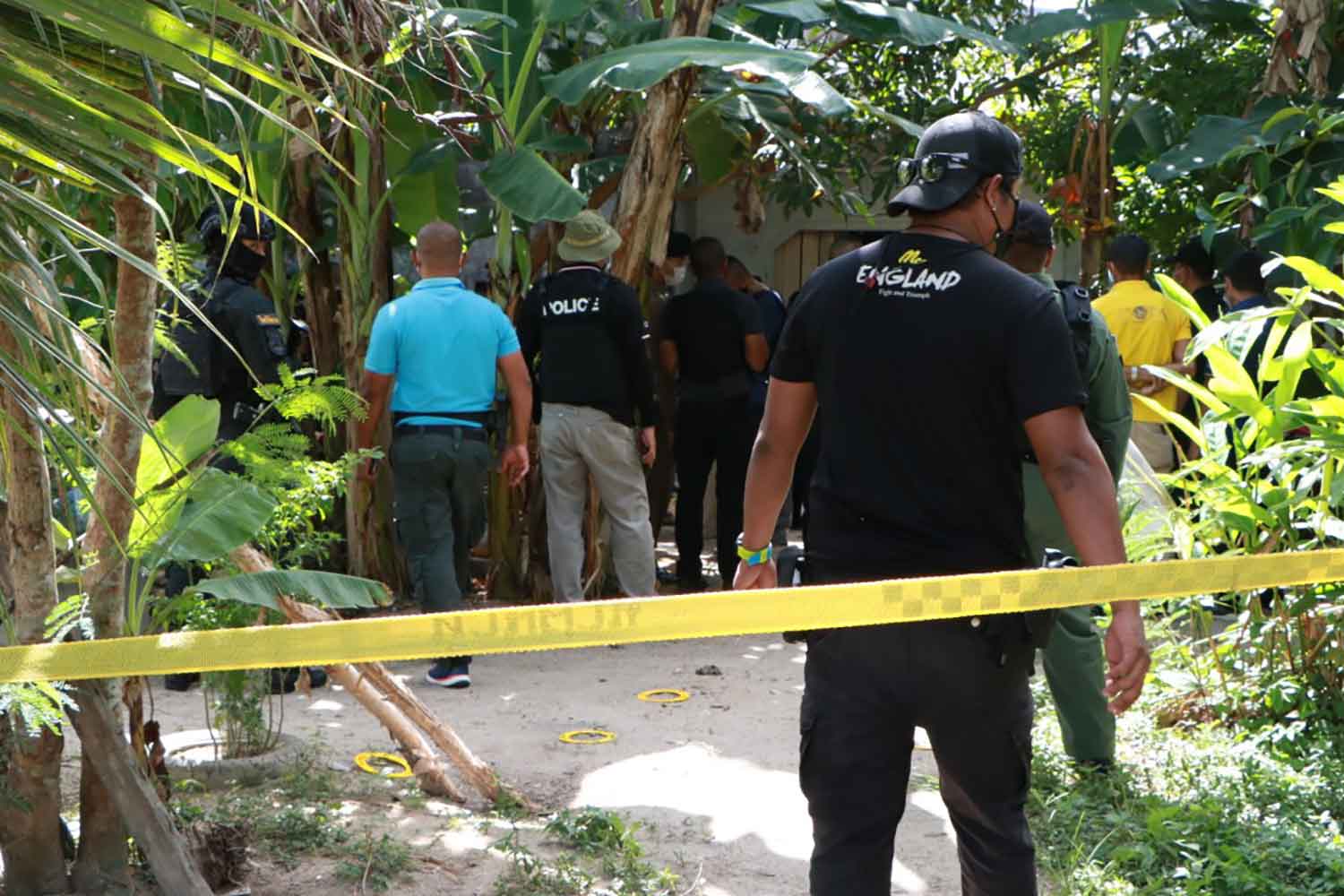 Authorities in Thailand’s deep south have killed a suspected insurgent  and arrested 2 others arrested during a clash with Army rangers in Narathiwat’s Bacho district on Tuesday morning, police said.

Army Rangers from a task force laid siege to a house at Moo 9 village, in tambon Bacho, about 5am, following a tip-off that four members of a southern insurgent group were hiding there.

The four men opened fire on the army rangers in an effort to clear the way for an escape from the back of the house, according to police. A firefight followed, lasting about 10 minutes.

After the firefight ended, the army rangers cleared the area and found one dead man behind the house. He was identified as Suraidin Katae, alias Madong, who was wanted under a warrant in a security-related case.

Two other members of the group, brothers Ku-afnan Kupama and Ku-amran Kupama, were arrested in possession of an 11mm pistol and an AK102 rifle.

One army ranger was wounded. Kampol Kaewchamras, 28, was shot in the left wrist, he was admitted to Bacho Hospital.

Thailand’s Southern insurgency has been an ongoing conflict centered around disputed border region with Malaysia.

Although there’s been bubbling discontent around the region since the start of the 20th century, it emerged as a serious issue for the governments of Malaysia and Thailand in 1948 as an ethnic and religious separatist insurgency in the historical Malay Patani region.

It has become a more complex ‘land grab’, and increasingly violent since the early 2000s due to drug cartels, oil smuggling networks, and occasionally even pirates.

Over 6,500 people died and almost 12,000 were injured between 2004 and 2015 in a formerly ethnic separatist insurgency, which has currently been taken over by hard-line jihadis and pitted them against both the Thai-speaking Buddhist minority and local Muslims who have a moderate approach or who support the Thai government.