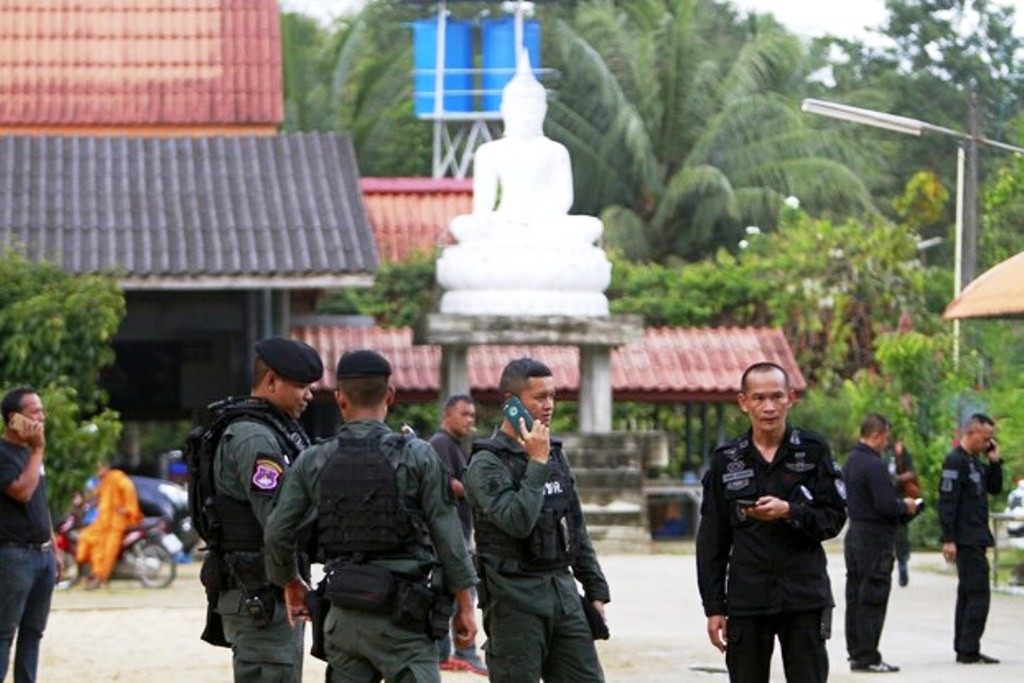 A southern insurgent was shot dead and two defence volunteers were wounded in related clashes in Southern Thailand. The clash took place in Sukhirin district of the border province of Narathiwat today (Sunday).

According to police reports, a group of insurgents attacked a defence volunteer outpost just before noon, injuring two volunteers. The outpost was located in Tambon Romsai of Sukhirin district.

After being alerted to the attack, armed reinforcements rushed to the scene, where they clashed with fleeing gunmen in a nearby wood.

One insurgent, identified as Abdulhadi Arbu Daoah, 29, was found shot to death in the bushes as the other insurgents fled deeper into the jungle.

Meanwhile, Police and soldiers are searching for 18 illegal Royingha migrants around the border areas of Sadao district. Just south of Hat Yai in Songkhla, in Southern Thailand. They fled from a military camp, about five kilometres from the border.

The escape was just before dawn this morning around 4am, the Thaiger reports.

The group broke through the iron bars of their cell window on the third floor of the immigration detention centre. They then used knotted sheets to climb down to the ground.

Thailand refuses to recognize ethnic Rohingya as refugees when they enter Thailand. The Thai government routinely detains them and deports them back to Myanmar. But many are trafficked through the Kingdom to Malaysia.