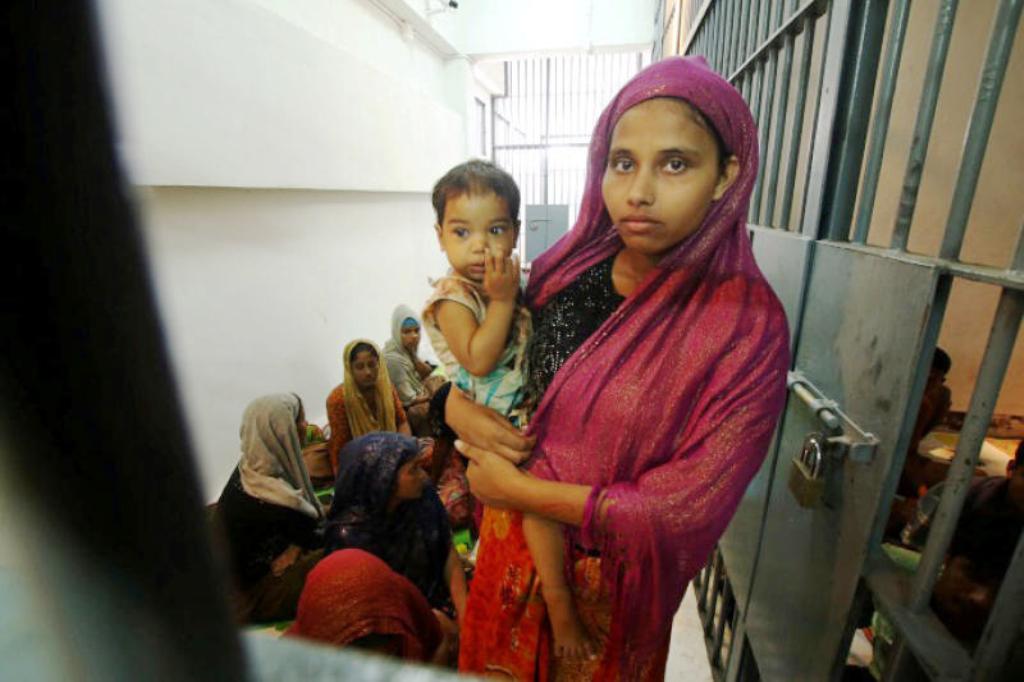 A soon to be release report show prosecutors in Thailand turned down about a fifth of human trafficking cases sent to them by police last year. The government report shows, raising concerns that police were on a drive to boost numbers to enhance Thailand’s global image, Reuters reports.

The 79-page report was drafted to inform an annual U.S. report ranking countries on their efforts to combat trafficking and revealed exclusively by Reuters, showed Thailand’s public prosecutors rejected 64 of 364 cases in 2019.

Thailand has faced criticism in recent years for failing to stop human trafficking. Especially in its lucrative textile and seafood sectors, as well as the flesh trade. Thailand secured 194 trafficking convictions last year, down 17% from 2018, the report found.

Most of the cases dismissed involved smuggled migrants being misidentified as trafficking victims. According to two prosecutors police had been told to increase trafficking figures. Above all amid concerns about the dwindling numbers.

“In practice, (most) of the police know that the cases involve smuggling. But they receive orders to treat them as human trafficking offences,” one public prosecutor said on condition of anonymity.

“This is perhaps due to the lack of clear understanding on the differences between trafficking and smuggling of migrants.” The percentage of trafficking cases dismissed by prosecutors hit a record 18% last year. Up from 10% in 2018 and 4% in 2017. The 64 rejected cases from 2019 were instead prosecuted under smuggling crime laws, the report said.

Unlike trafficking, smuggling means entering another country illegally and is considered consensual.

Lawyers and campaigners said the conflation of smuggling and human trafficking meant some state resources intended for trafficking victims were being spent on migrants who had not been exploited.

A second prosecutor source said they had also heard of police officers being ordered to find more trafficking victims.

“This clearly shows that [the government] wants the highest number of cases to show that many arrests have been made,” said Adisorn Kerdmongkol, a coordinator at the Migrant Working Group.

“Human trafficking is a political issue in Thailand.”

Thailand’s anti-trafficking department – part of the social ministry – declined to respond to questions about the report. The report is due to be sent to U.S. officials by the end of January.

Thailand rescued a record 1,807 trafficking victims last year. Up from 622 in 2018, the government said this month. Most were Burmese migrants bound for Malaysia. Campaigners have questioned whether many had in fact been smuggled.

Police chief Vaisaya said it was certain that people headed to Malaysia would be trafficked once across the border.

“Regardless of whether it’s human trafficking, what we want is for the offenders to be in jail,” he said. Also adding that prosecutors had dismissed trafficking cases referred to them by police. Above all because “the crime has not been committed yet”.

Public prosecutor Pravit Roykaew said Thai authorities often rushed to make decisions within 24 hours. Especially about whether or not someone was a victim of human trafficking.

“Authorities are confused with the (trafficking) law. It also does not provide a specific time frame on identifying victims,” Roykaew said. “This results in not getting all the facts, which may cause … misidentification.”

From court proceedings to the provision of care in state-run shelters, wrongly labeling smuggled migrants as trafficking victims has wasted government time and money, said Papop Siamhan, an independent lawyer with expertise in trafficking.

“If it’s one or two cases, it’s acceptable.” But if you have over 60 cases dismissed, it means you just weren’t careful enough,” he said. “Having a high number of cases doesn’t mean that Thailand is successful in solving human trafficking.”

Thailand is home to about 610,000 alleged modern-day slaves. About one in 113 of its population of 69 million – according to the Global Slavery Index by the rights group Walk Free Foundation.