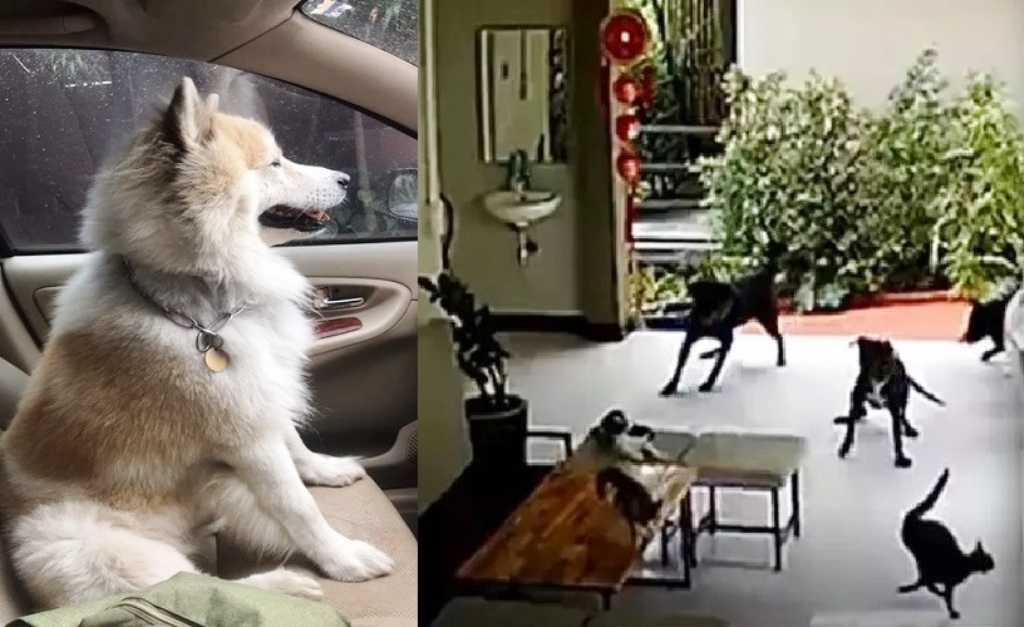 A German expats rottweilers killed the neighbours Bangkaew dog, which came to the aid of a cat in southern Thailand’s Krabi. Both the cat and the Bangkaew dog lived in the same house.

Ruethairat Wongwiwat the owner of a bungalow resort in Krabi, said her Bangkaew dog “Dexter” was mauled to death by the three Rottweilers. The Bangkaew dog it came to the rescue of the cat as the feline was being attacked by the rottweilers.

A video recorded by CCTV camera showed the Rottweilers turning their attention to the Bangkaew after it tried to defend the cat. After the attack, the injured Bangkaew dog was seen crawling to the front quarters of a bungalow and dying there. The heartbroken owner said she was not at the scene during the time. She found her dead pet when she returned in the evening.

She took the dog to a near-by police station to file a complaint. According to Ruethairat, the three rottweilers belonged to a German man living around 300 meters from her bungalow.

She said it was totally wrong for the owner to allow such big dogs to roam around freely. She also said the dogs running freely posed a danger to children.