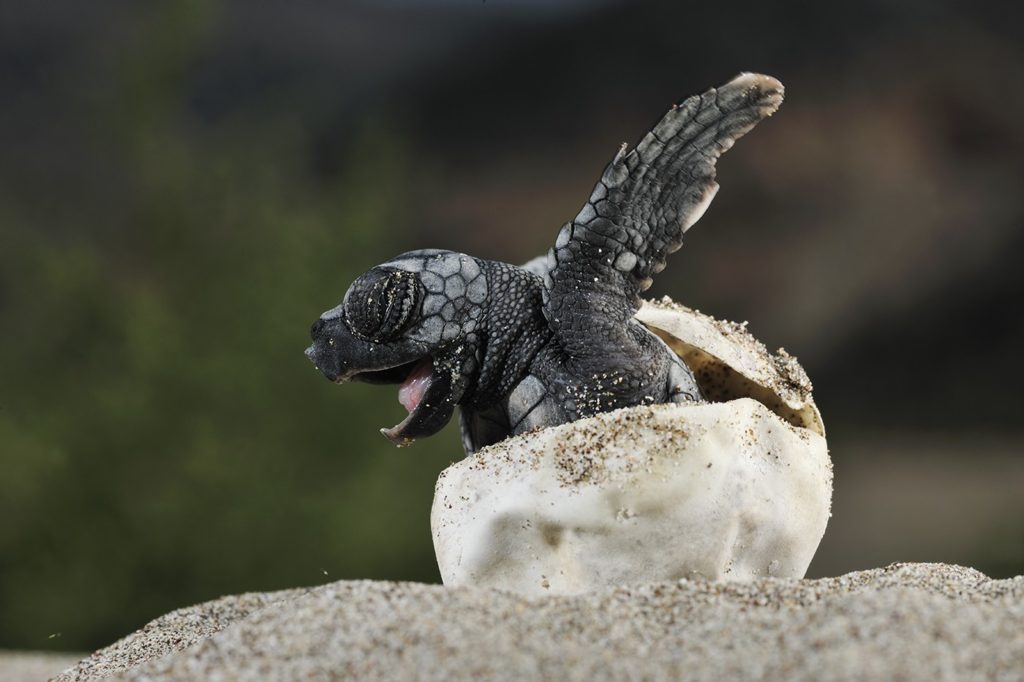 Officials at Khao Lampee-Haad Thai Muang National Park, in the southern province of Phang-nga, are overjoyed after the first baby leatherback turtle hatched. The little turtle emerged from its nest onto the beach.

According to officials, the baby leatherback turtle was spotted climbing out of its nest at 6.20am. The baby turtle was then taken to a nursery to be nurtured, before being released back into the sea.

Park officials have also been keeping a close watch on the nest, waiting for more baby turtles to emerge.

A total of 104 leatherback turtle eggs were found at a nest on the beach. They were discovered outside the territory of the national park on November 17th. 85 of them were found to be viable and were taken to another nest within the park’s territory.

Meanwhile, the Phang-nga-based Office of Marine and Coastal Resources was informed that villagers found a turtle nest, believed to be that of a leatherback, at Bo Dan beach.

Park officials went to check and decided to leave the eggs alone, they are confident that the location was safe enough. The newly found nest was also the sixth of this year in southern Thailand.

Leatherback turtles are among the rarest animals in Thai seas. Furthermore none have been found alive during the last 5-6 years.

Officials in Phang Nga are now offering a 100,000 baht ($3,000.00) reward of  to anyone who can provide information leading to the arrest of the person or persons who stole rare leatherback turtle eggs.

National park officials discovered eggs a leatherback turtle laid on Thai Muang beach, were stolen. The theft of the turtle eggs consequently happened on the night of January 3, 2020. A thief stole 50 eggs from the nest of the rare sea turtle. Parks and wildlife officials discovered the raided nest which had only two unlivable eggs left.