Austrian Base Jumper Rescued from Cliff Side in Southern Thailand
Advertisement 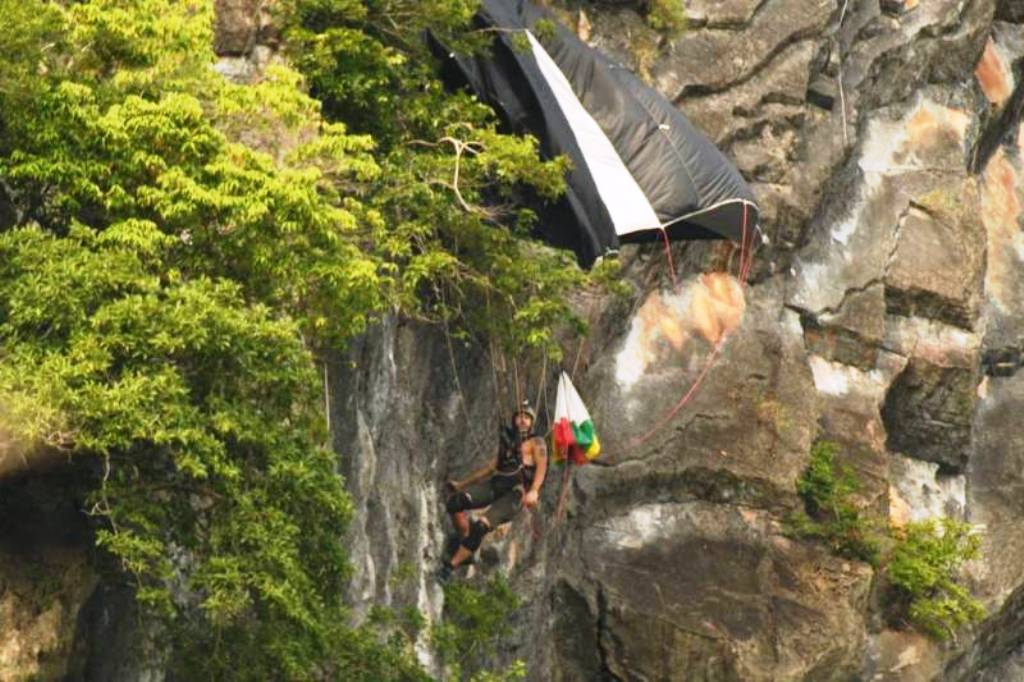 An Austrian base parachute jumper has been safely rescued after he was dangled on a cliff in Phatthalung, southern Thailand. Johannes Klauser, 28, was jumping from the 250-metre-high Khao Ok Thalu mountain on Monday.

Shortly after airborne, gusty wind blew him onto a cliff, leaving him clinging on a ledge about 175 meters above the ground.

The incident was witnessed by his wife who went to the peak with him in the morning. Local residents quickly alerted police and rescue workers to rescue him.


Klauser and other base jumpers reportedly performed several jumps over the weekend.

Rescue staff tried to bring Glatzer down using a helicopter but they were constrained by the limited space on the cliff. Finally, a Thai rock climber managed to climb down the cliff and free Klauser.

At around 3.30am, rescue staff used ropes from the cliff’s topside, tied a harness around him, and successfully brought the Austrian down to safety.

The Austrian base Jumper only suffered scratches to his right leg and left forearm.

Photos from Austrian Base Jumpers Rescue