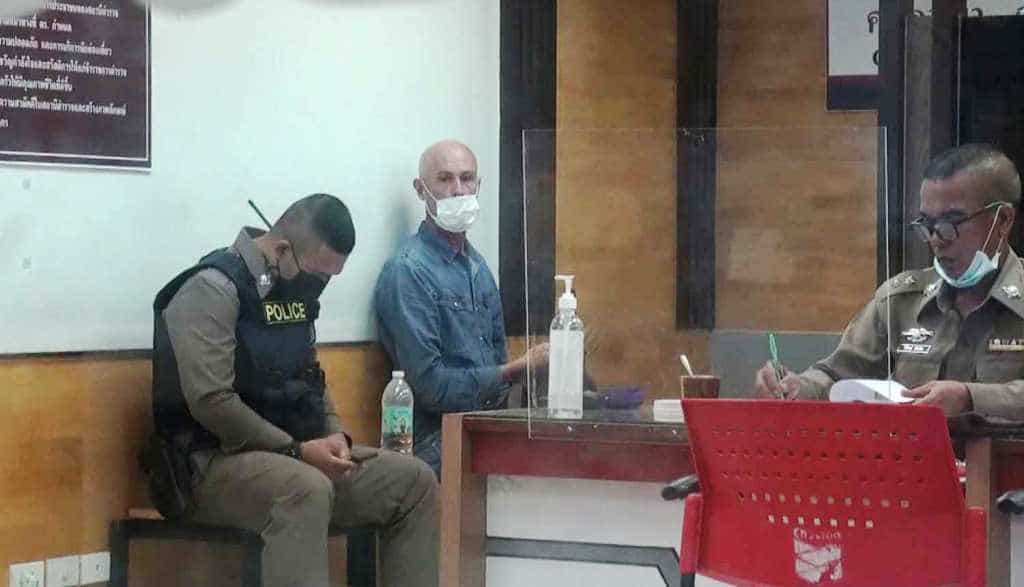 Security force officers have arrested a 47 year-old Australian man for suspected involvement in transnational crime in Phuket Thailand. The arrest was made with cooperation from immigration police and local police in southern Thailand’s Nakhon Si Thammarat Province.

The Australian man was arrested in Muang district of Nakhon Si Thammarat on Monday night by members of the Armed Forces Security Centre of the Royal Thai Armed Forces Command.

Australian national Mr Samuel James Norton Cook, 47, was detained after the Toyota sedan he was driving was stopped at the entry to Pratulod community in tambon Nai Muang, Muang district, on Monday night.

Upon a search of the vehicle security forces found a his passport had an entry visa that expired more than a year ago, and he was also carrying a fake driver’s licence.

Speaking through an interpreter, Mr Cook said he was visiting Nakhon Si Thammarat township on business.

An officer who took part in the arrest said security agencies had been keeping a close watch on Mr Cook, who they suspect has involvement in the drug trade and entertainment businesses in Phuket.

Mr Cook was also alleged to have procured Thai women for foreigners linked to a transnational criminal gang in Phuket. About three months ago, Mr Cook rented a car from a shop in Phuket which also provided him with a fake driver’s licence, the officer alleged.

Mr Cook then moved to Nakhon Si Thammarat. Over the past three months he had stayed at four different hotels and resorts. He mostly stayed in his room during the day and drove out in the car at night, the officer said.

Mr Cook was initially held on a charge of overstaying his visa while the investigation by the Armed Forces Security Centre of the Royal Thai Armed Forces Command into his suspected criminal activities continues.

Most Wanted Hitman Gunned Down by Police in Southern Thailand

Son Guns Down his Father after Heated Argument in Southern Thailand