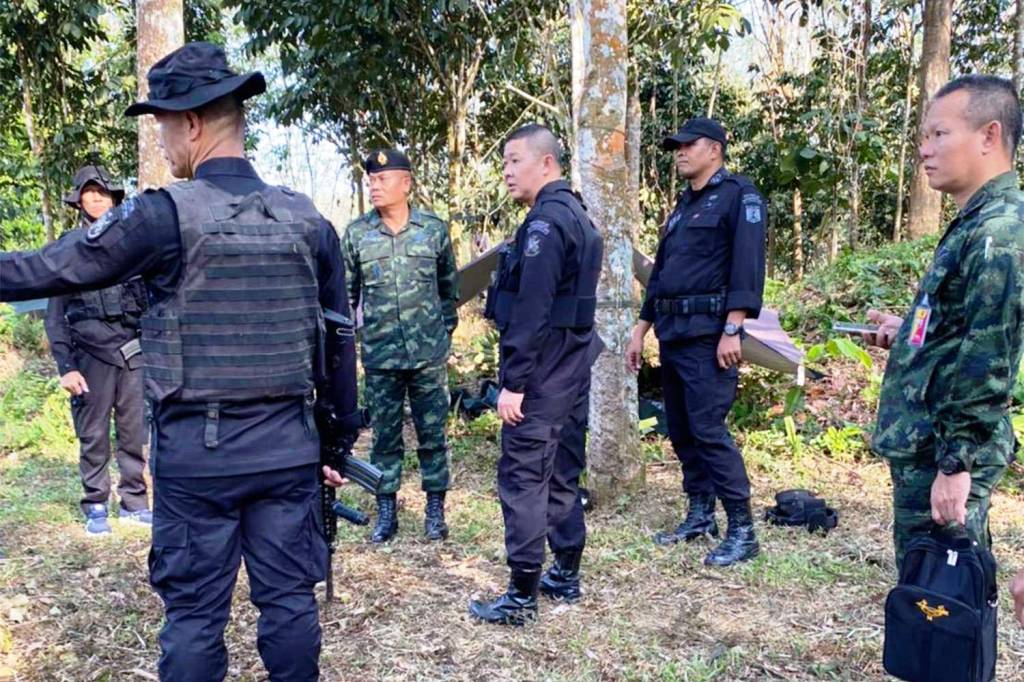 Two Volunteer army rangers have been killed and another one wounded by the bomb blast and gunfire in Thailand’s deep south. The army rangers were attacked in a mountainous forest area in Narathiwat province Thursday.

The 16-member patrol from the 45th army rangers task force was ambushed near Thawae mountain in Ra-ngae district around 6.50am.

First, a bomb detonated as they moved along a track, then gunmen opened fire, using military rifles. The patrol members fired back and the attackers withdrew.

Two ranger volunteers were killed and one wounded in the clash, said Col Kriattisak Neewong, spokesman of the Region 4 Forward Command of the Internal Security Operations Command,

Explosive ordnance disposal officers collected and examined the bomb debris and also found spent cartridge cases and bloodstains believed to have been left by the attackers.

He also expressed his regret at the loss of lives and injuries to the families of the volunteer army rangers. On February 12, two army rangers were injured in a bombing in Narathiwat while police manning a checkpoint. Narathiwat police reported about a bombing at a bridge in tambon Tanyongmas at around 2pm.

When they arrived at the scene, they found the bridge had been damaged and the two injured people had already been sent to Rangae Hospital.

Fragments of an improvised explosive device made of a 25kg picnic cooking-gas tank were scattered everywhere.

while Sahachai Boonchan, 27, suffered from the impact of bombing, with chest tightness and ear injuries.

An initial investigation found the pair were among five rangers travelling in an armoured pickup truck to Thailand’s 49th Ranger Forces Regiment in Sirsakorn district. On the way back to their base in Chanae, the bomb went off.