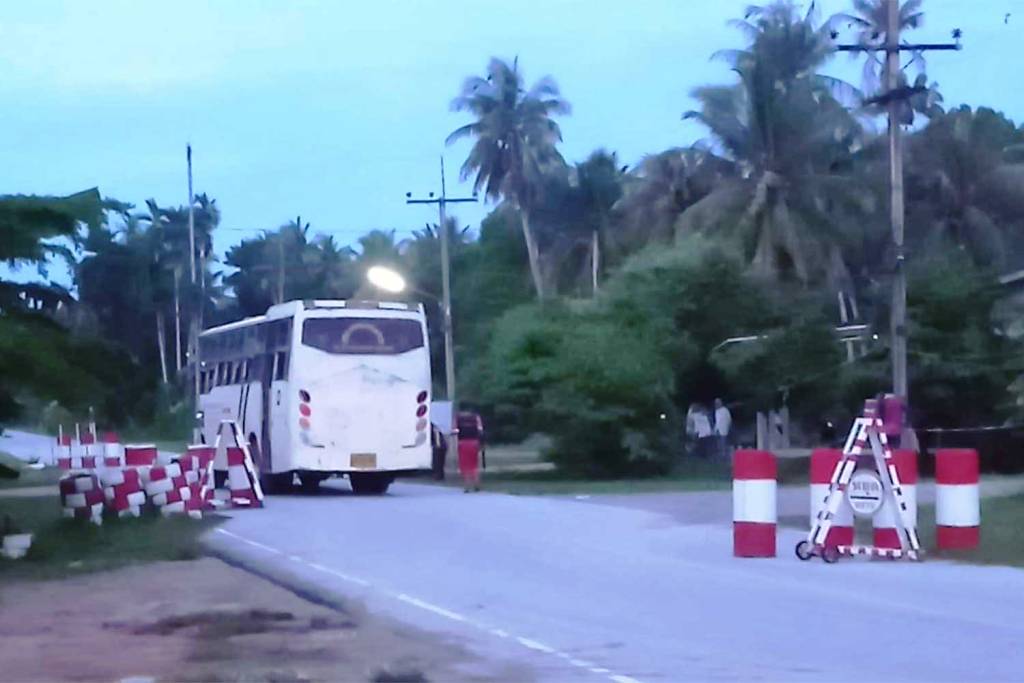 An army ranger volunteer was arrested after shots were fired at a school bus at a military checkpoint in southern Thailand’s Pattani Province. There were no casualties on the school bus operated by a private Islamic school.

Kasan Nudlae, 36, was taken into custody at Koh Morkaeng checkpoint in Nong Chik district of Pattani in southern Thailand. He had fled in a pickup truck after the shooting at the school bus in Yaring.

An investigation has begun. Army officials believe stress was suspected to be behind the incident.

Army spokesman Col Kriattisak Neewong, said on Friday that ranger volunteer had admitted having fired his gun accidentally. He had explained that he was suffering from stress caused by a family problem.

He learned afterwards that the bullets hit the school bus.

He expressed regret for the incident, and gave an assurance that the ranger would face serious disciplinary punishment. Col Kriattisak also said Mr Kasan would be dismissed from the ranger volunteer service.

Furthermore criminal charges were a matter for police to decide, Col Kriattisak told the Bangkok Post.

Consequently it was reported to police about 6.30pm.

Police also sent to the scene reported finding a school bus belonging to Sai Buri Islam Witthaya School, a private school in Pattani, parked in front of the checkpoint. There were bullet holes above the front door. Also near the driver’s seat. Nobody was hurt.

The school bus was driven by a man identified only as Ma. He was returning from taking students to their homes after school. When the school bus was hit by bullets at the checkpoint the driver stopped the vehicle and ran for his life. Consequently he hid for a time at a nearby house, finally emerging and then filing a police complaint.