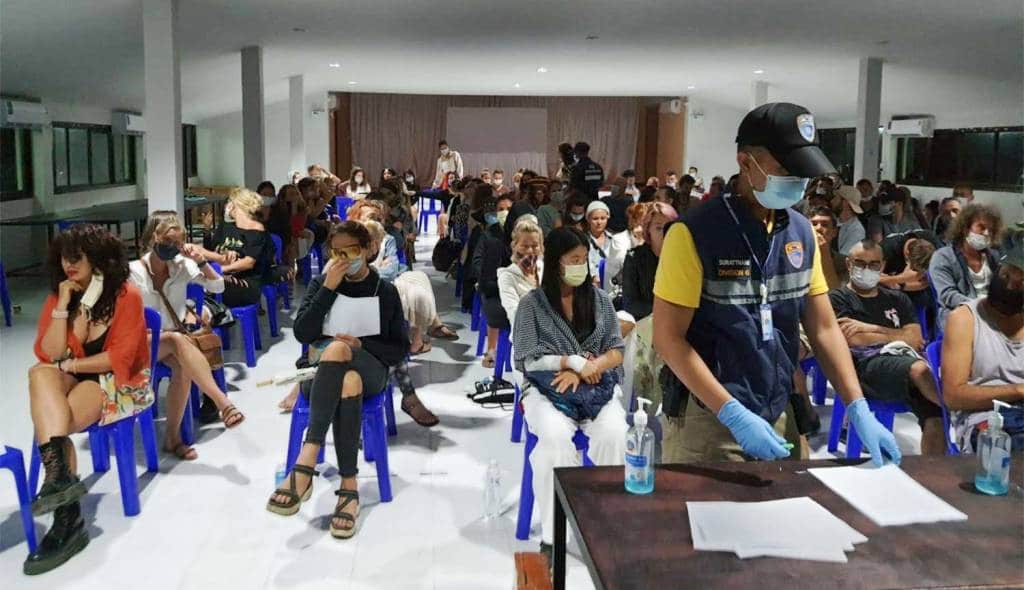 Koh Samui Provincial Court has given 89 foreigners and 20 Thai a fine of 4000 baht and suspended one year jail sentence. The ruling comes after 109 people caught partying at a bar on Koh Phangnan in contravention of Covid-19 restrictions

The bar owner and a staff member were each fined 10,000 baht and also sentenced to two year suspended sentence.

The Koh Samui Provincial Court handed down its judgement on Thursday afternoon via video conference.


The 111 defendants were at the Koh Phangan district office multi-purpose building. Police took them there instead of the court to reduce the risk of possible covid-19 infection. Health officials measured each defendant’s body temperature and they were required to wash their hands with sanitizing gel and wear a mask. They were also seated well apart for to meet social distancing guidelines.

A total of 109 customers were detained – 89 foreigners (38 men and  51 women) and 20 Thais (7 men and 13 women) – when immigration and tourist police and local officials raided the Three Sixty Bar in Koh Phangan district on Tuesday night.

Also detained were Pongdaran Lim-ochakul, 40, who admitted being the owner and party organiser, and Somsakul Kiartnarong, 47, a bartender.  Forty bottles of beer and whisky and a notepad were seized. 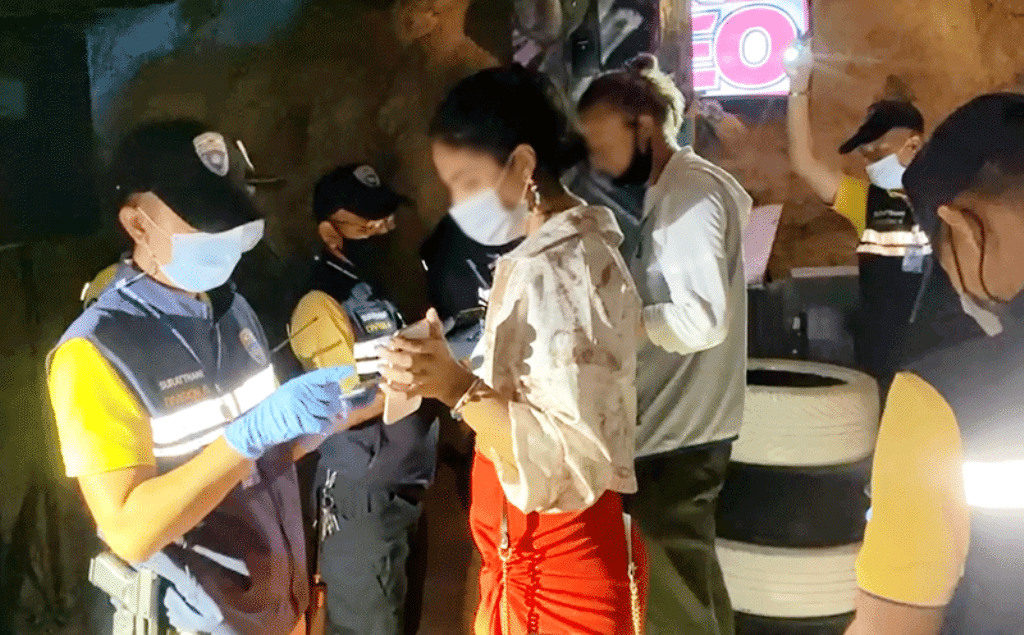 All charged with illegal gathering

Earlier reports said Mr Pongparan admitted only being the owner, while Mr Somsakul admitted being the organizer of the party. Pol Col Panya Niratmanon, chief of Koh Phangan police, said on Friday that all defendants were charged with illegal gathering in a crowded venue.

The illegal party  posed a risk of disease, violating an order by provincial authorities declaring the province a disease control area, and violating the emergency degree to contain the spread of the coronavirus.

The owner and the bartender faced additional charges of allowing alcoholic drinks inside the premises in violation of the provincial Covid-19 restrictions.


Mr Pongdaran said he organised the party but was not aware that the order banning such  a gathering was still in force. He thought that because Surat Thai had not recorded a  coronavirus case for 14 days, parties and other activities could resume.

If officials had warned him earlier, he would have cancelled the party, the bar owner said.

Dmitrii Kopylov, 36, a Russian national, said he was at the party because he thought nothing would happen. He accepted the court ruling and offered his apologies to the Thai people.