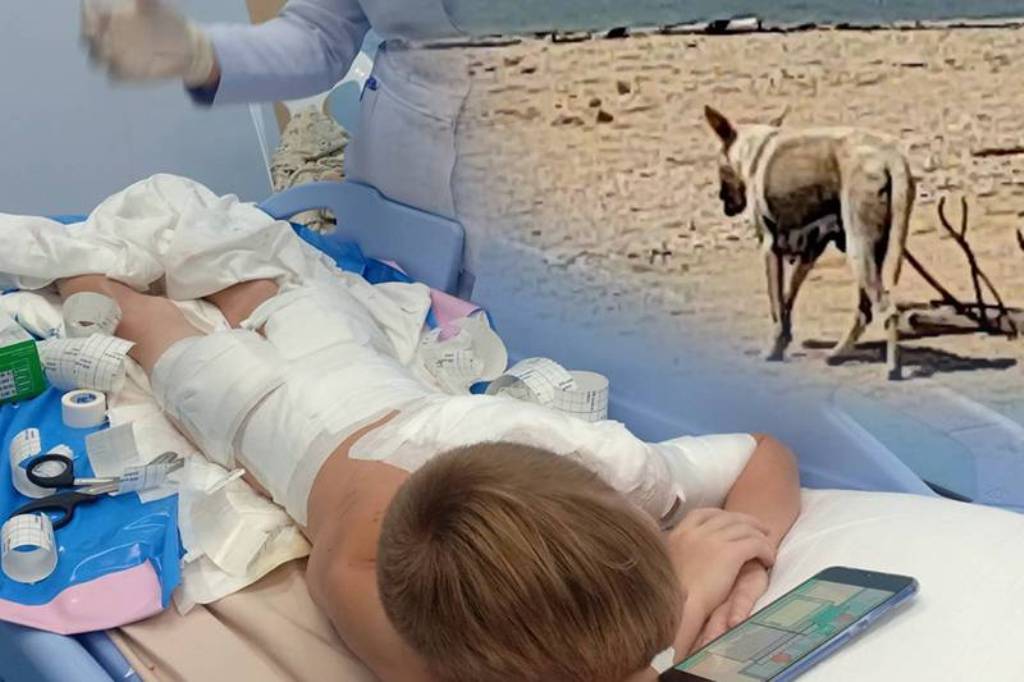 The governor of Krabi has called an emergency meeting after wild dogs attacked a 7-year-old American boy at Ao Siao beach. Officials were told to capture all stray dogs from tourist areas to be brought to animal shelters.

Nolan Anderson, 7, and his father who was exercising on the beach in Krabi, last Saturday morning. The youngster sat down to play in the sand as his father exercised, when more than a dozen wild dogs surrounded and attacked the boy.

The terrified child screamed for help as the wild dogs mauled him, leaving him with multiple bite wounds.

Nolan’s father struggled to fight off the wild dogs and immediately rushed his son to a nearby hospital.

The little boy received stitches for multiple bite wounds and also tetanus and anti-rabies shots. The most serious injury was sustained under his left arm from where he had raised his hands to protect his face.

The boy was ordered to remain under the watch of doctors for up to five days, in hospital.

Charoensak Temchai, 41 – the manager of Pine Bungalow on Ao Siaw beach said that a pack of 15-16 wild dogs inhabited the beach a few weeks earlier.

He said tourists had been bitten many times – but they were always adults. This time it was a child.

This isn’t the first time a tourists child has been attacked by wild dogs in Krabi, Thailand. In Feb of last year a 5 year-old Finnish boy was attacked by a pack of wild dogs.

5 year-old Eemi Nikula, suffered bites to his torso, back and has a five centimeter wound long on his right calf.

The most dangerous wound was a bite to his neck, where fangs had punctured two holes near his Adam’s apple. The little boy also had to be vaccinated for rabies and tetanus.

Eemi’s father, Appo Nikula, 30, explained that the dog attack happened at about 6:30pm.

Mr Nikula was leaving the beach with his two sons, but Eemi went back to the water to wash sand off himself.

Suddenly he saw a pack of four to five dogs attack his son, he said.

He ran to intervene and with the help of people nearby manged to get the pack away from Eemi.

The pack of dogs even followed him while he was carrying Eemi from the beach, Mr Nikula said.

In the end, local people chased the dogs away, he added.