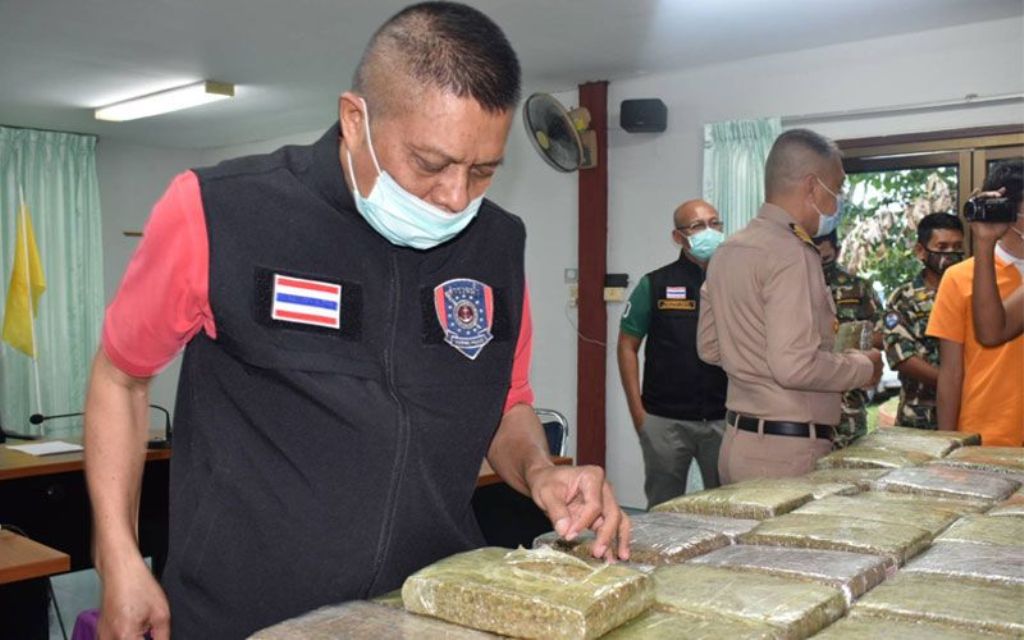 Authorities have seized 320 kilograms of compressed bricked marijuana, worth about 4 million baht, found floating in the ocean at Tarutao National Marine Park.

Investigators sent to the park office opened the packages and found they contained 320 bricks of compressed marijuana, weighing one kilogram each.


The Marijuana had a street value of approximately four million baht, a police source told CTN News. The seized bricks of Marijuana were handed over to the Muang Sutan police station in Satun.

Tarutao National Park consists of 51 islands in the Strait of Malacca, off the coast of Satun Province of southern Thailand. The island groups are scattered from 20 to 70 kilometres’ distance from the south-westernmost point of mainland Thailand.

On Monday a man was arrested with bricked marijuana in the back of his pickup in Northeastern Thailand’s Nakhon Phanom Province. Border Patrol Police said the action was a joint operation by local government agencies in the province.

A black Nissan Navara pickup with a canopy was intercepted shortly after it left a petrol station about 1am. A search found 12 sacks in the back of the pickup containing bricks of compressed marijuana, each weighing 1kg. The driver, Saravut Butngam, 28, was arrested.

Mr Saravut, said he received a telephone call from a man who promised to pay him 50,000 baht to drive the pickup from a petrol station in Nakhon Phanom’s Na Kae district to a spot in Sakon Nakhon.

At Sakon Nakhon, another driver would take over.


Border police believe the marijuana was smuggled across the Mekong River from Laos. They also believe it was destined for the Southern Thailand, from where it would be smuggled to a third country.