Songkran Festivities Being Cancelled in Thailand Due to Coronavirus
Advertisement 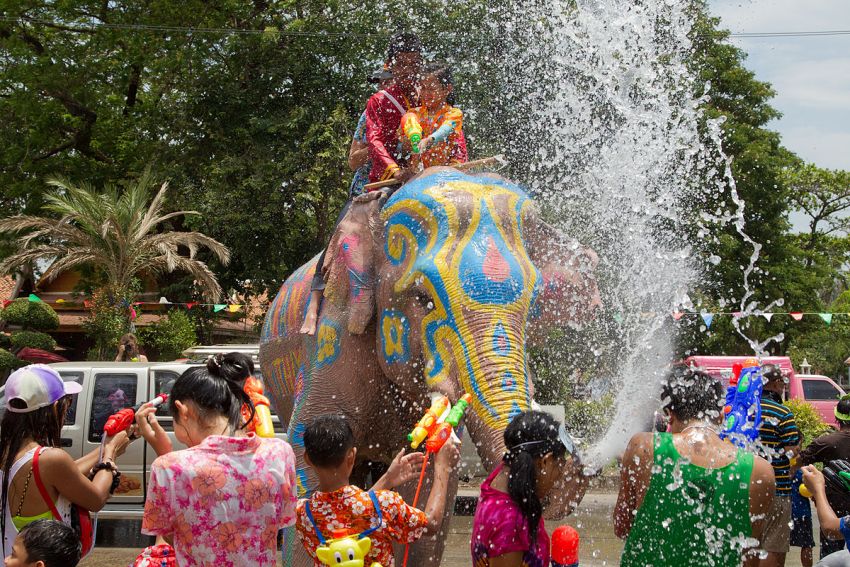 Thailand’s annual Songkran festivities are being cancelled as event organizers try to avoid mass gatherings and the spread of the Covid-19 Coronavirus.

Pattaya Mayor Sonthaya Khunpluem confirmed that Pattaya has cancelled most official Songkran activities for this year. Above all due to concerns of the outbreak of the Covid19 novel Coronavirus.

This includes the Wan Lai Festival on March 19th. Wan Lai Festival is the single biggest event on the cities yearly calendar. Furthermore it attracts up to a half million domestic and foreign tourists in what is likely Thailand’s wildest Songkran party.

All beach road activities, parade, concerts, booths, etc will be cancelled. Additionally the city is reaching out to private organizers, such as Central Festival, also urging them not to have a Songkran water party.

The Mayor said he is urging residents and tourists not to play with water as it may help spread the virus. Its important to note that a closet ban or law would also be unenforceable.

There is no way to ban playing with water if people choose to at their own risk, he said.

In Phuket Patong Mayor Chalermluck Kebsup, all official celebrations in Patong for the Songkran have been cancelled.Above all to prevent and reduce the risk spreading the coronavirus.

Traditionally, each year Patong becomes the epicentre for Songkran festivities in Phuket. With the beach resort town hosting a variety of Songkran events. Such as live entertainment performances on the beach for Thai and foreign tourists to enjoy.

This year, festivities were planned to be held each day, and night, from Saturday.Patong Mayor Chalermluck confirmed to The Phuket News yesterday. “This year, Patong will not hold any official Songkran festival celebration events at all.”

“We held a discussion and concluded that we will not hold any official Songkran events at all. Because we want to avoid all risk of the coronavirus spreading. Which becomes more likely with large crowds.

“We will make an official announcement soon,” she added.

In the northeastern province of Khon Kaen, Songkran celebration have also been canceled. Khon Kaen municipal mayor Thirasak Teekhayuphan said after consultation with local and community leaders, the water festivities would be cancelled over fears of spreading the coronavirus.

In northern Thailand the Mayor of Chiang Mai, announced that Songkran hasn’t been cancelled. Howver the municipality is keeping a very close eye on the situation. If it becomes clear that Songkran will become a public hazard, then they will indeed shut it down.

While Bangkok’s popular back-packer district of Khao Sarn, Sa-nga Ruangwattanakul, president of the Association of Business Operators on Khao Sarn Road, said he will call a meeting of all parties concerned next week to discuss whether this year’s Songkran celebrations on Khao Sarn Road should be called off.

Meanwhile, Tourism Authority of Thailand (TAT) governor Yutthasak Supasorn said they have not decided whether to cancel Songkran celebrations. Above all because it needs to further assess the Covid-19 situation.

“The TAT and the Ministry of Sports and Tourism are capable of organizing Songkran celebrations. But may have to limit them to cultural events only,” said Yutthasak.