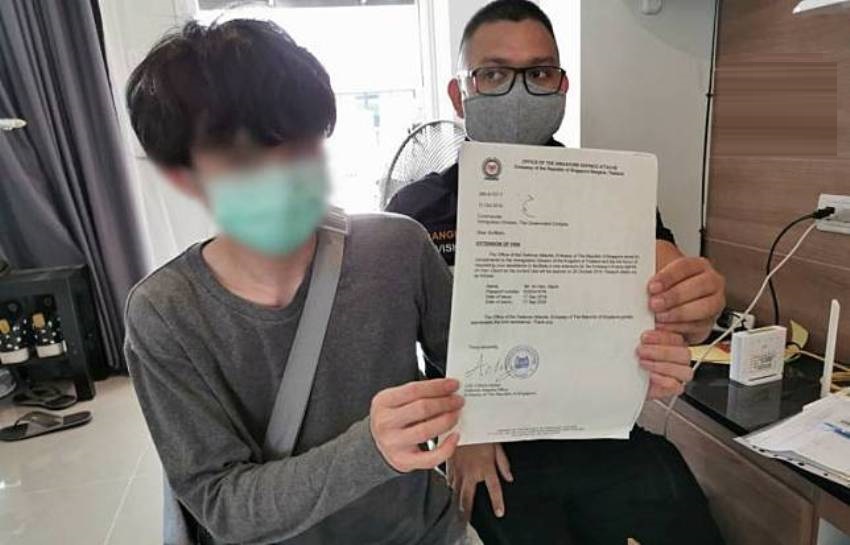 Thailand’s Immigration Police have arrested a Singaporean at a Chiang Rai Hotel yesterday on charges of forging visa documents. According to Chiang Rai’s Immigration police the man had forged documents used for visa extensions several times.

According to Immigration Police they arrest of 26 year-old David Han on Tuesday at an unnamed hotel in Chiang Rai.

Immigration Police report that upon receiving documents for his visa extension, David stated he was still working at the embassy. Officer noticed irregularities in the documents, so they contacted the Singaporean Embassy only to discover that the documents were forged.

David’s visa was revoked along with the filing a police report at the Thung Song Hong Police Station in Bangkok.

David did in fact work at the Singapore Embassy but that was back in 2015. After he stopped working for the embassy he continued to forge documents for his Visa several times. Police also allege he forged documents used in credit card applications. He used the money from the credit cards to invest in stocks.

David had over Bt700,000 in credit card debt and about Bt1 Million invested in stocks. Officials also found documents that suggest David has forged documents for others.

The suspect has admitted to forging documents and officials are investigating other related crimes. Police admitted that the forged papers were extremely close to the authentic documents. Only the dates, and the signatures were off.

Another mistake David made was he applied for a 90-day visa extension, while normally those working in embassies will apply through the Ministry of Foreign Affairs, with an extended duration of 1 year.

Woman Falls to Her Death from 15 Story Bangkok Condominium