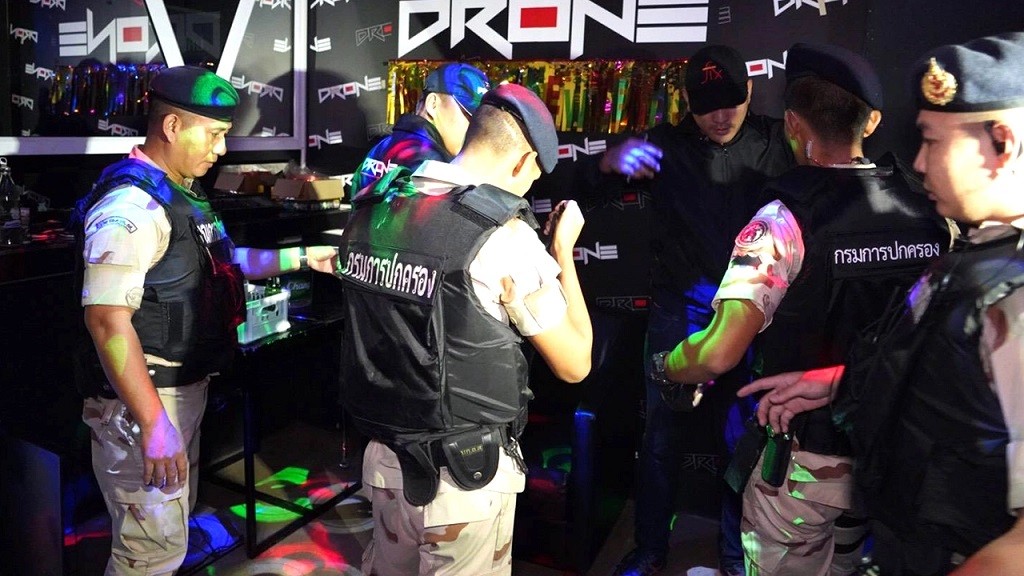 Officials from the Provincial Administration raided two pubs; — Boozer Pub and Drone Club. Both pubs were located in central district of Rai Et.

More than 600 people were found inside the two venues, when the raids began at around 2am. Many minors tried to flee but failed as officials and volunteers had blocked the exits.

Three small packs of crystal methamphetamine were also found scattered on the floor. The managers who held the permit for the Boozer pub, were detained for legal action.

At the Drone Club, the task force found 78 of the 200 patrons were aged below 20. The Manager and permit holder were also detained for legal action.

All four were charged with permitting minors into their establishments. Also for selling alcohol to underage customers, and other related violations.

The police officers were transferred to inactive posts for failing to ensure the pubs served only those of legal drinking age.