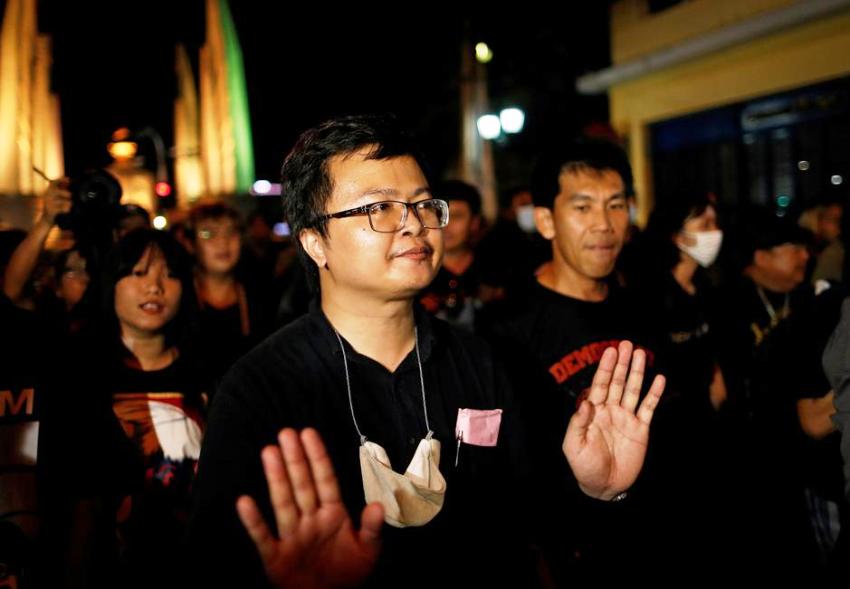 Thai rights lawyer Anon Nampa was at Thailand’s biggest demonstration in years and has emerged at forefront of a youth protest movement. Above all with his taboo-breaking call for reforms to the monarchy. Comments that could lead to Lese Majeste charges that come with a 15 year prison sentence .

“He looks quite harmless,” Rangsiman Rome, a former activist who is now an opposition member of parliament, told Reuters. “But once he gets the microphone and gets on stage or starts working, he becomes a different, serious person.”

Although the protest movement has no single leader, Anon’s Aug. 3 call for curbs on the power of the monarchy. It shook Thai politics in a way not known in living memory and made him a hero for some and a hate figure for others.

His open challenge put Anon at risk of arrest under “lese majeste” charges, which can mean 15 years in jail.

“I think there is a need for everyone to be able to talk about the monarchy openly and constructively,” Anon told Reuters. “I think society is becoming more open about this.”

Nobody to be prosecuted for lese majeste

The Royal Palace did not comment on Anon or on the protesters’ demands for change when contacted by Reuters. Prime Minister Prayuth Chan-ocha has said the king requested that nobody be prosecuted for lese majeste for now.

Anon was arrested within days of his call for reform of the monarchy. Though on unrelated charges linked to earlier demonstrations, fueling the protest movement as supporters rallied at the police station before he was freed on bail.

Other student groups, meanwhile, followed up with a 10-point demand for reforms Thailand’s monarchy. The topic has gone from something discussed only in whispers to a regular theme at protests.

“We dream of a monarchy that coexists with democracy,” Anon said to cheers from a crowd of more than 10,000 people in Bangkok on Sunday, Thailand’s biggest protest in years.

Boy Kills Mother, Young Brother then Himself in Southern Thailand