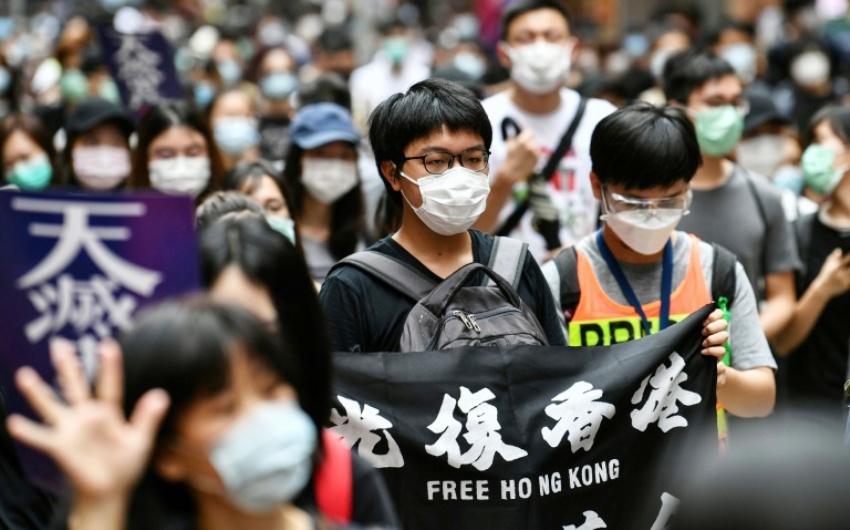 Hong Kong police fired tear gas on thousands of people who rallied on Sunday to protest the communist party’s national security law. In a return of the unrest that roiled Hong Kong last year.

Crowds thronged the Causeway Bay shopping area in defiance of curbs imposed to contain the coronavirus. Chants of “Hong Kong independence, the only way out,” echoed through the streets.

To Communist Party leaders, calls for independence for the semi-autonmous city are dislike intensely. The proposed new national security law stresses the communists intent “to prevent, stop and punish” such acts.


As dusk fell, police and demonstrators faced off in the nightlife district of Wan Chai.

The day’s events pose a new challenge to Beijing’s authority as it struggles to tame public opposition. And above all tighten its grip over Hong Kong. A trade and business gateway for mainland China.

“I am worried that after the implementation of the national security law, they will go after those being charged before and the police will be further out of control,” said Twinnie, 16, a secondary school student who declined to give her last name.

“I am afraid of being arrested but I still need to come out and protest for the future of Hong Kong.”

The demonstrations come amid concerns over the fate of the “one country, two systems” formula. It has governed Hong Kong since the former British colony’s return to Communist rule in 1997. The arrangement guarantees the city broad freedoms not seen on the mainland. Including a free press and independent judiciary.

Reports from Washington on Sunday propose the Communists legislation could lead to U.S. sanctions.