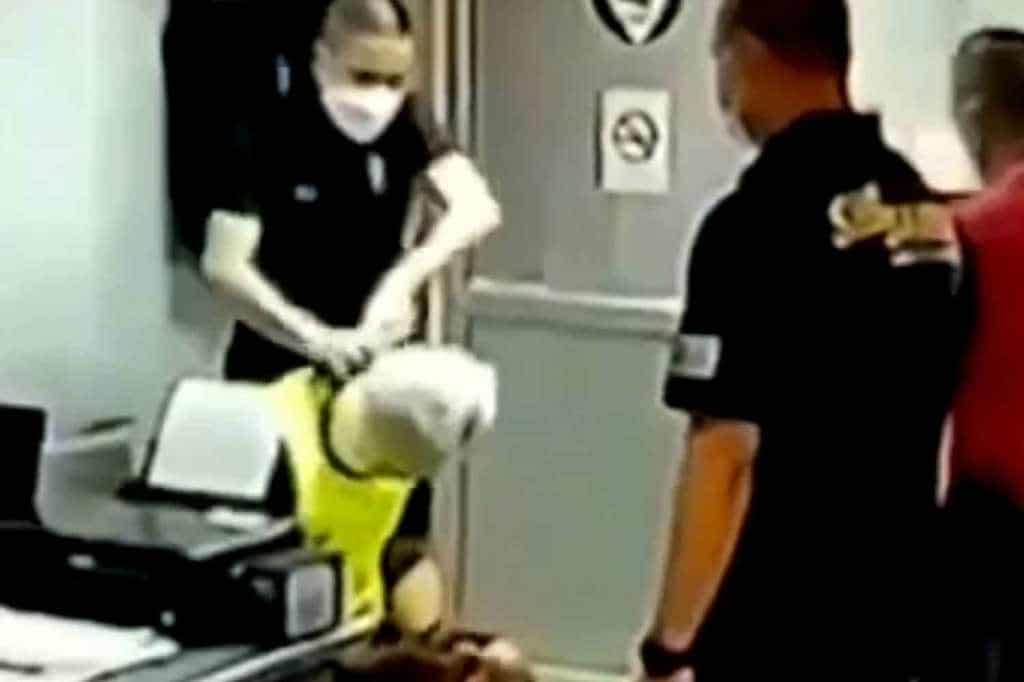 Police officials looking into the death of a suspected drug dealer have said the man died died of suffocation, according to the results of a hospital autopsy released on Monday.

Police Col Anek Taosuparb, an officer leading the investigation panel into Mr Jeerapong Thanapat’s death said traces of drugs (Methamphetamine) were found in his body, they were not the cause of death.

Earlier this month a drug squad at the Nakhon Sawan city police station, posing as potential customers, arrested Mr Jeerapong and his wife and took them to the police station.

They subsequently took them to their home in Nakhon Sawan based on intelligence reports they had a large cache of Methamphetamine in their home.

After the police squad found nothing at their home, they brought him back to the police station for questioning.

Pol Col Thitisant Utthanaphon, chief of the station, joined the interrogation being conducted by the police drug squad. He had not taken part in the earlier sting operation and the arrest.

When Mr Jeerapong began to show signs of lacking oxygen, he ordered a stop to it. Pol Lt Torranin Maswanna, one of the team members, did cardiopulmonary resuscitation (CPR) on him.

At 1.30pm, they took him to Princ Paknampo Hospital in a car. Pol Capt Thitisant followed in another vehicle.

According to investigation reports, while they were on their way to the hospital, Pol Lt Torranin kept doing CPR on him. By the time Mr Jeerapong was taken to the emergency room, medical records showed his pulse could not be found.

Pol Col Thitisant was the one who gave information to the hospital. He told the staff that police had been chasing an ice drug suspect for 10 minutes. After being caught, he fell and was not breathing.

Doctors applied electric shocks to restart his heart before they could find a pulse. They also inserted a tube into his bladder to obtain urine for drug screening as claimed by Pol Thitisant.

At 7.20pm, they transferred Mr Jeerapong to Sawanpracharak Hospital in Nakhon Sawan city since he required specialists and was involved in a drug case.

Upon arriving there, he bled in the abdomen and lacked vital signs. He died at the public hospital at 1.20pm on Aug 6 after doctors tried to restart his heart for 30 minutes.

Doctors at Sawanpracharak Hospital listed the death as possible drug abuse since they found substances in his urine. They also wrote it could be caused by asphyxiation.

At noon on the following day, the incident as seen in a video clip showing Mr Jeerapong being suffocated took place.

Autopsy must be conducted

Methee Wongsiriwan, assistant to the secretary-general of the Medical Council of Thailand, told the Bangkok Post on Aug 27 that when a person died at a hospital, his relatives would need a death certificate from a doctor there, listing the cause of death.

The law requires that they inform his district’s census office about the death within 24 hours. However in some cases where the causes of death are not known at the time, an autopsy must be conducted, he added.

“By law, the types of death that require an autopsy are murder, suicide, killing by animals, unknown causes of death and death in custody,” said Dr Methee.

Although Mr Jeerapong’s body was cremated, the hospital must have earlier conducted an autopsy but the results were not known immediately, he said.

Pol Col Thirasant turned himself in on Thursday and was denied bail. Six other policemen at the police station either surrendered or were arrested earlier.

Police charged Pol Col Thirasant and Pol Lt Torranin with murder, which carries the death penalty, and three other lesser charges. They denied all of them.

The seven suspects were detained in the high-security wing of the Phitsanulok prison. Police said the transfers were to ensure their safety since they would have been locked up with the people they had put in prison had they been detained in the single-wing Nakhon Sawan jail. Besides, the charges against them were serious, they said.

Man Shot and Killed in Northern Thailand Over Loud Radio