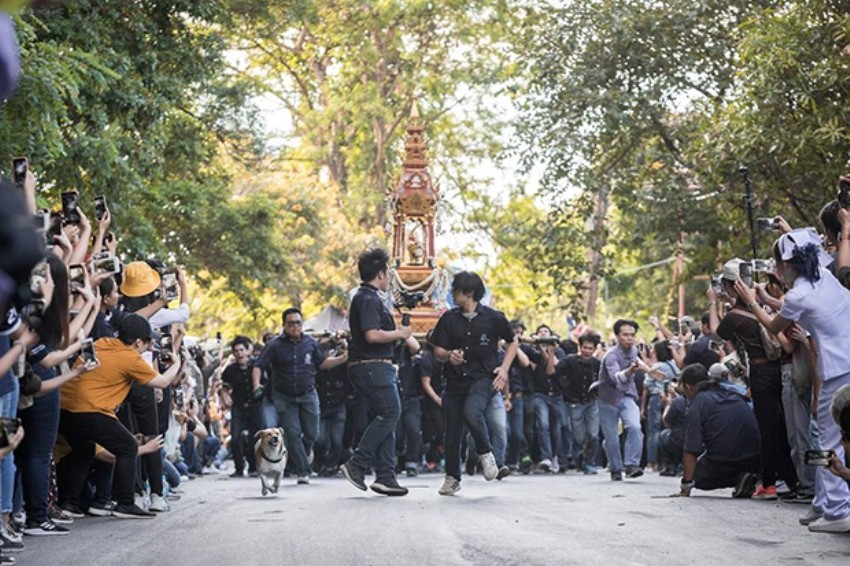 A police officer has been suspended as an investigation continues into the death of Tia Morchor, a famous dog beloved of Chiang Mai University (CMU) students and alumni.

Watchdog Thailand praised the decision as a milestone in an attempt to unveil the killers of Tia Morchor. The group also indicated there could be more than one person involved in the case. The sacked police officer was called “the first suspect”.

No details of the suspect were released but Bangkok Post reported earlier he was a 27-year-old police corporal. He was assigned to the Border Patrol Police unit in Chiang Mai province. He was charged with theft, torturing animals and disposing of the carcass of an animal, according to Watchdog Thailand. Even more Thai PBS reported the suspect claimed he took the dog for a pleasure drive but it was run over by a vehicle.

Watchdog Thailand said on Wednesday another suspect could also face an arrest warrant. The Bhubing Rajanives police station in Chiang Mai, is also looking into the case.

In other news in Chiang Mai, thousands of meth pills were seized and suspects were arrested in Chiang Mai on May 29-30. On May 29, a police-military patrol seized 11 bags containing about 2.1 million meth pills abandoned by smugglers. It was found about one kilometer from the border with Myanmar. Furthermore police believe the smugglers fled upon seeing the government patrol.

On May 30, a government force followed a modified Toyota pickup was searched in the parking lot  of Chayapha Hotel in Fang district. The search uncovered 77 sacks containing about 14 million meth pills. Two men and a woman were arrested.