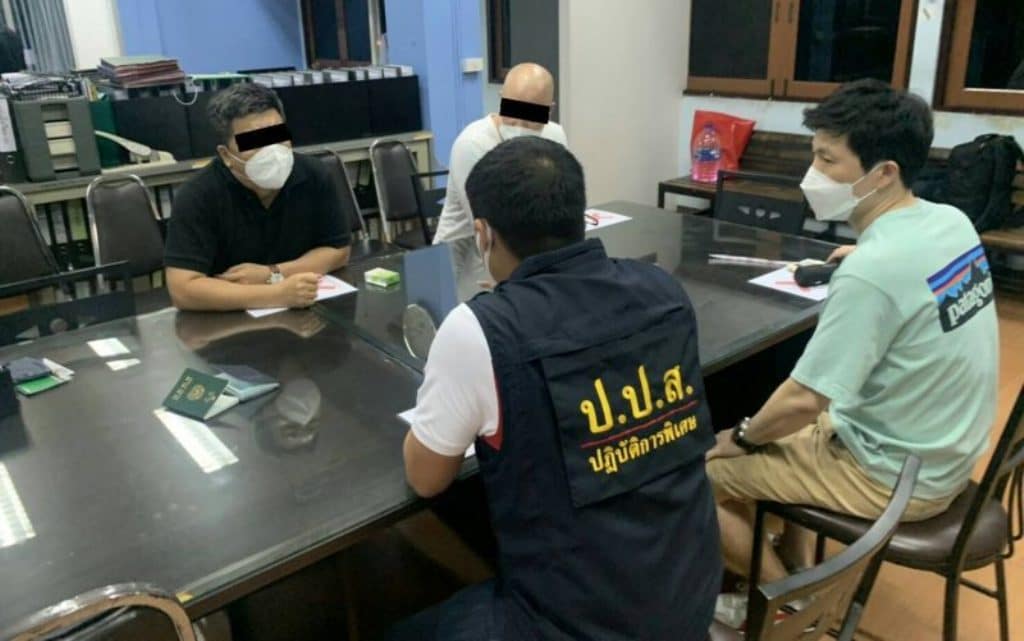 Wichai Chaimongkol, secretary-general of the Office of the Narcotics Control Board, announced the arrest at noon on Friday Thailand time.

He said ONCB police, accompanied by officials from the South Korea’s Supreme Prosecutors Office (SPO), arrested Kim Chul yun at a condo hotel on Nakhon-Intra Road in tambon Kwan of Nonthaburi on Thursday.

The search found drug-use paraphernalia, but no illicit drugs, in his condo hotel.

Mr Kim was detained for questioning and taken to a local police station, Mr Wichai said.

The arrest followed the seizure of 4,040 grams of crystal meth, worth about 12.14 billion won currency (341 million baht) at Incheon airport

The ONCB and South Korean authorities cooperated in an investigation that led to the arrest of Mr Kim.

Mr Wichai said  Kim Chul yun had earlier been indicted on charges of possessing crystal meth with intent to sell and sentenced to 2 years and 11 months in prison. He was later declared persona non grata and deported.

The suspect had re-entered Thailand illegally and became involved in the illicit drug trade by phone, according to the the ONCB secretary-general.