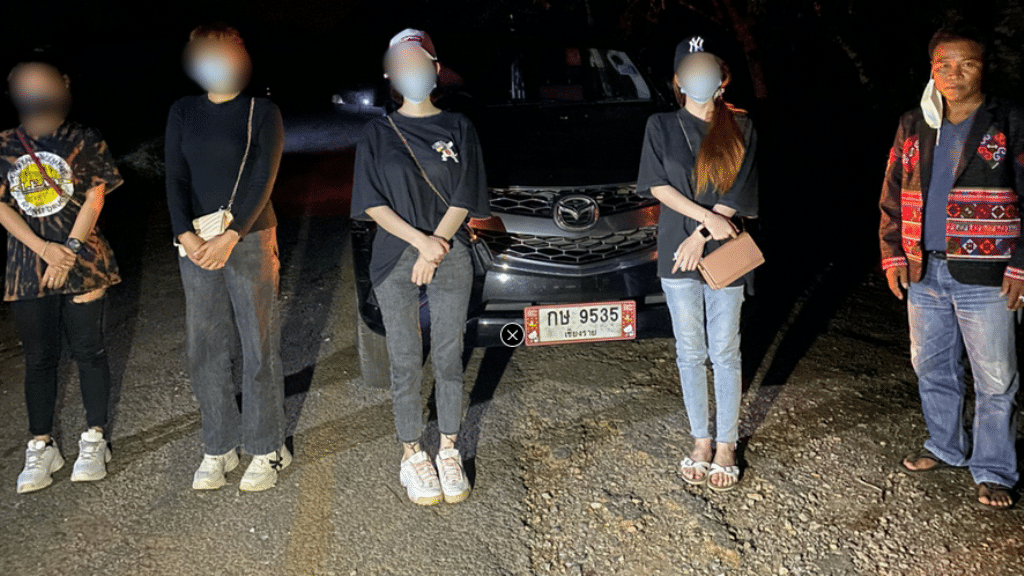 A Myanmar man has been arrested for allegedly helping 3 Thai citizens skip a border checkpoint to enter Chiang Rai, Thailand illegally from Tachileik.

Army soldiers and police caught up with the four,  Zaw Naing Tum, a 28-year-old man from Myanmar, and three Thai nationals aged 14, 16 and 28.

The four allegedly crossed the Sai River in the township of Tachileik into Thailand. None of them had illegal items on them.

During questioning, the officers learned that Zaw Naing Tum was paid 2,000 baht to help the three Thais citizens return to Thailand from Myanmar’s Tachilek province. All four were taken to the Mae Sai police station.

Meanwhile, a Thai man was held in Kanchanaburi’s Sangkhla Buri district for allegedly smuggling two Myanmar migrants in his lorry.

Chanon Charoenhongsa, 20, was arrested at a checkpoint by Ranti Bridge early yesterday morning. He is accused of smuggling a man and a boy from Myanmar in his lorry.

Mr Zaw told officers at the police station that he was paid 20,000 baht per head to get the Thai citizens across the border so they could escape mandatory 14 day quarantine.

Meanwhile, police arrested 28 year-old man and his 16 year-old teenager after they road through a police check point without stopping. Officers from the checkpoint gave chase and captured the suspects further up the road.

Upon capturing the two suspects police officers noticed that the 16 year-old boy that was the passenger on the motorcycle was no longer wearing the backpack he had on when they ran the checkpoint. Police conducted a search of the area and found the backpack which contained 100,000 meth pills.