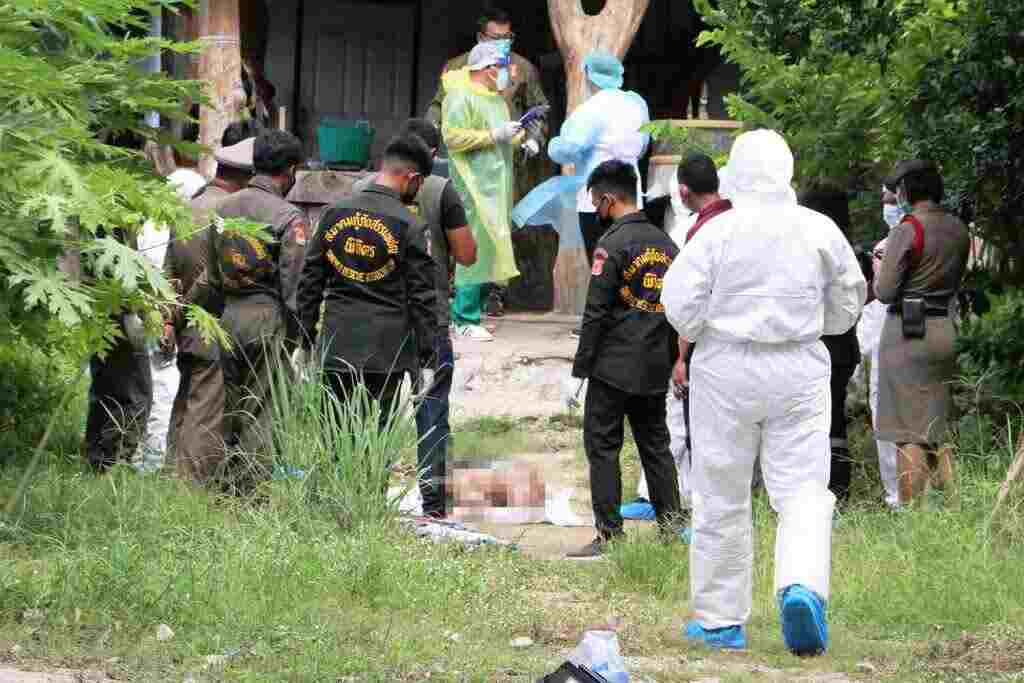 Police report a prison official in northern Thailand’s Phichit province has shot and killed four members of his wife’s family, including both parents, and wounded three others. Police said a family dispute was the reason for the shooting.

Mr Puttawan Manpan, 51, a prison official at the Phichit prison, opened fire on relatives at his house on Wednesday. Local Police arriving at the scene found four people dead and three others wounded.

According to a police spokesperson the murdered victims were the parents of the gunman’s wife, a stepson and his wife’s younger brother. The injured were also her relatives, of the shooter.

The spokesperson said that Mr Phutthawat said he was arguing with his stepson and enraged he pulled out a 9mm gun and fired it him.

When police arrived at the scene the prison official was shooting at the fences of his house. Police and neighbours took almost 30 minutes to calm the man down before take him the police station.

Mr Phutthawat told police that he had argued with his stepson after returning from a shift at the prison. He later shot dead his wife’s parents and another family member in a fit of rage.

Justice Minister Somsak Thepsutin said that the Phichit prison official committed a serious breach of disciplinary and ordered his dismissal from the government office immediately.

The minister also said that he had assigned provincial officials at the Phichit justice office to meet with the families of the victims over compensation for victims in a criminal case.

Meanwhile, Corrections Department chief Ayut Sinthoppan said Thursday that the shooting took place while Mr Puttawan was on a seven-day leave from the prison. Furthermore the prison official had no conflict with anyone at the prison. Saying the shooting was motivated over family issues.

Since the shooting Thailand’s Corrections Department has set up a committee to investigate the man conduct and ordered his dismissal pending the probe.