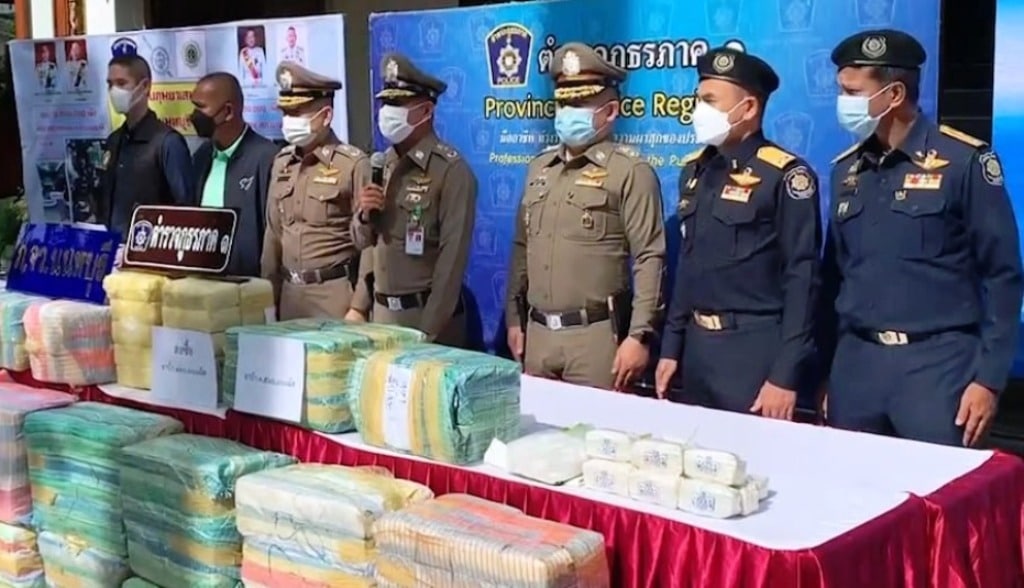 Region one Provincial Police said the meth pills were found in sacks when police arrested the four suspects. They four are believed to be members of a big narcotic syndicate in Nonthaburi and Pathum Thani.

The regional one police office said 4 million speed pills had been transported from the Northern Thailand and 500,000 of  meth pills were sold in Nonthaburi, Pathum Thani and nearby provinces within a few weeks.

Pol Lt Gen Ampol Buarabporn, commissioner of the Provincial Police Region one, said police were impounding the assets of 4 people involved in the alleged drug syndicate.

He said that drug traffickers increasingly hid narcotics in vehicles for convenient transport and escape.

Meanwhile, Thailand’s Justice Minister told a press briefing that Thailand is been used by international drug syndicates as a hub for the transport of illicit drugs. Above all because its strategical location with the Golden Triangle in Northern Thailand.

The minister said Thailand stood close to the Golden Triangle which was a major production base of illicit drugs and narcotic rackets used the country to gather drugs for export because of its convenient networks of land, water and air transport.

Furthermore as Myanmar slumps deeper into chaos, and armed rebel groups hunt money to stockpile guns to fight the army known as the Tatmadaw, drug suppression experts say stemming the flow of precursors is the only way to slow drug production in the Golden Triangle.

Until then, regional police fear the flow of drugs from the Golden Triangle is going to worsen, with the crime bosses at the apex of an estimated trade worth up to $60 billion a year so rich and connected they remain beyond arrest.