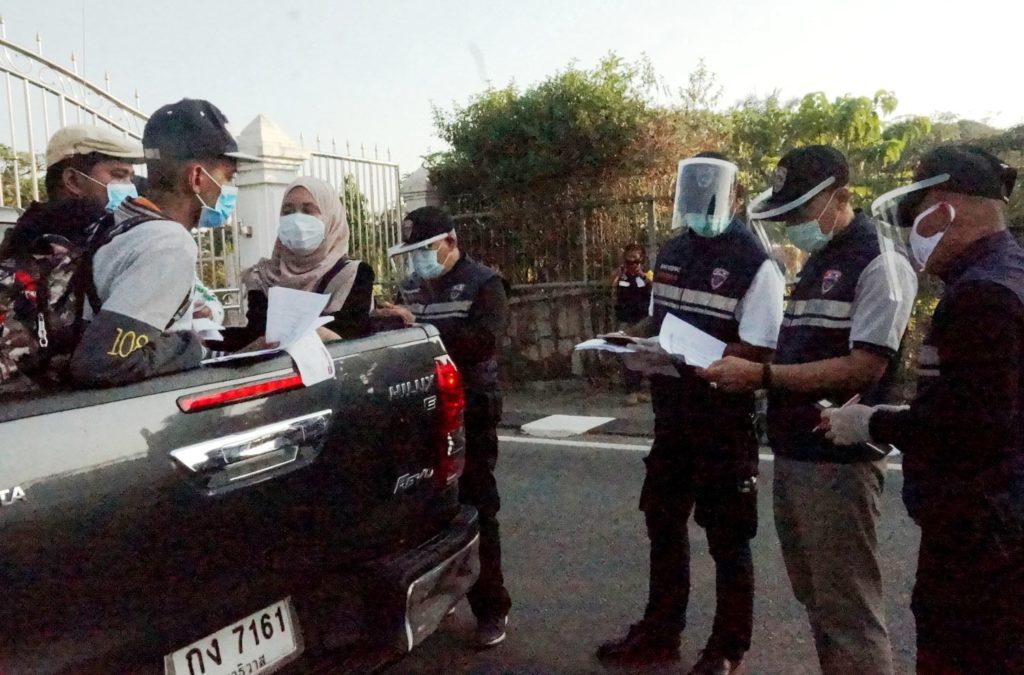 Police and health department officials in Phuket are hunting possible coronavirus super carriers who have lied about self-quarantine. The group of potential coronavirus carriers told authorities they were in quarantine but actually weren’t.

Pol Maj Gen Rungrote Thakurapunyasiri, chief of Phuket police, told the Bangkok Post on Saturday that 30 police have been deployed to work closely with health officials to track down the individuals.

He said the move comes after authorities noticed the province has the second-highest infection rate in the kingdom,  despite the lockdown. Those suspected of being infected with the coronavirus were asked to self-quarantine for 14-days in shelters and hotels authorities had prepared.

However, authorities became aware of a group who were supposed to be in self-quarantine. However they lied and continued seeing people outside their homes. Police are now tracing these contacts to see if they, too, should be in quarantine.

The Phuket health department reported 202 people have been infected by the coronavirus disease as of Friday.

People Lying about health and self-quarantine

Pol Maj Gen Rungrote said health authorities now believe many suspected coronavirus carriers had not been honest about their condition or travel history.

“Even though they were advised to [self-isolate] at home for 14 days, their lack of honesty could worsen the situation,” he said. “They could have easily spread the virus to unsuspecting people.”

We need to bring these people under quarantine Pol Maj Gen Rungrote said. “The total lack of honesty also needs to be addressed as quickly as possible.”

Thirty investigators have been divided into three teams to help health officials track those who may have skipped quarantine. They are also tracking those whom they have been in contact with.

He said the police were told to use their detective skills to identify potential carriers.

“They are trained to use the principles of investigation,” Pol Maj Gen Rungrote said. “They know how to make these suspects tell the truth and get information from them quickly.”

He said some people may not be telling the truth because they are embarrassed. While foreigners are afraid of deportation.  Pol Maj Gen Rungrote also said Phuket police were also helping to prevent people escaping quarantine facilities.

Are Oil and Gas Jobs in Thailand What You’re Looking For?

Thai Government Extends All Foreigners Visas Until the End July