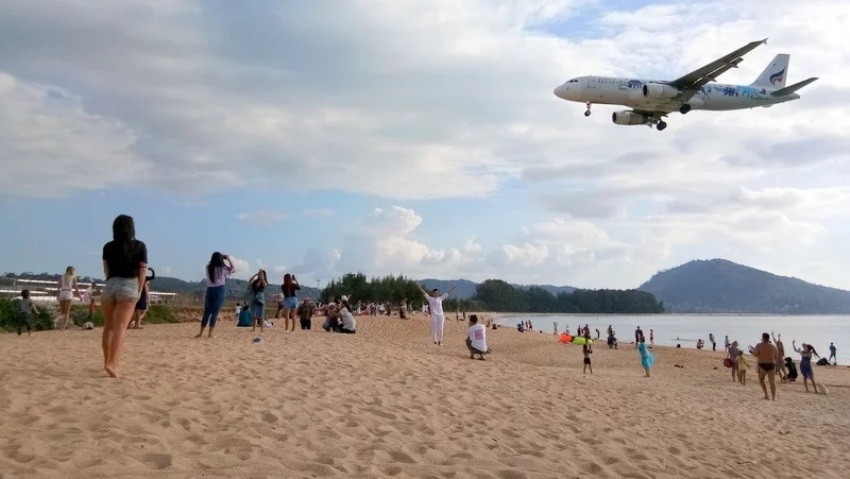 The Governor of Phuket has ordered transport to Phuket Airport shut down after earlier ordering land and marine transport halted. Air transport will be shut to Phuket international airport in order to prevent the spread of the Covid-19 coronavirus.

“Shutting down Airport transport required seven days notification in advance according to Civil Aviation Authority of Thailand (CAAT)’s regulations. Therefore the shutdown order will come into effect on April 10, 2020. The shutdown will last until April 30th. Just like other land and marine routes,” the Nation reported.

Phuket has only one land transport channel connected to the mainland, namely the Tha Chatchai Checkpoint. It will be closed under the governor’s order for all transport. With the exception for vehicles that carry necessary supplies such as; gas medical food as well as government vehicles.

Others must seek permission from the Public Health Department.

Marine transport channels both international and inter-provincial will be closed for all vehicles except those carrying necessary supplies and vehicles used in government or medical affairs. Crews on foreign ships who are allowed to enter Phuket must not disembark under any circumstance.

Crews from domestic ships can disembark in Phuket only after they provide a doctor’s certificate and undergo screening as specified by the Ministry of Public Health.

Meanwhile, nine more people were found to be infected with Covid-19 in Phuket province. Raising the total to 62.

– A Canadian man, 35, a teacher at an international school in Phuket. He had not travelled abroad during the 14 days before he fell sick on March 25. He was not on record as having visited entertainment venues in Soi Bangla in Patong area;

– A Thai man, 59, who sold flowers on the streets and inside entertainment venues in Soi Bangla. He had close contact with tourists and fell sick on March 19;

– A Thai woman, 29, a bartender at an entertainment place in Soi Bangla, which had been frequented by several people found earlier to have been infected with Covid-19. She became sick on March 20;

– A French male tourist, 42, who arrived in Phuket on March 9. He frequently visited entertainment venues in Soi Bangla, Patong, before becoming ill on March 18;

– A 31-year-old Thai woman who had worked as an employee of an Italian restaurant in Patong. She had close contact with a Thai man, the province’s 47th coronavirus case, and also many foreign tourists. She fell sick on March 25;

– A Thai woman, 39, who worked in the kitchen of the same Italian restaurant in Patong. She had close contact with tourists of many nationalities before falling sick on March 25;

– A Thai woman, 43, who worked as a masseuse in Patong area. She had close contact with a Thai man who was the province’s 42nd Covid-19 case. She became sick on March 24; and,

– A 44-year-old Thai woman who worked as a masseuse in Patong area. She also had close contact with tourists of many different nationalities before falling sick on March 23.

Most of the nine confirmed Covid-19 infections had visited entertainment places in Patong area. Many people who had been close to them were also at risk of being also infected with the virus.