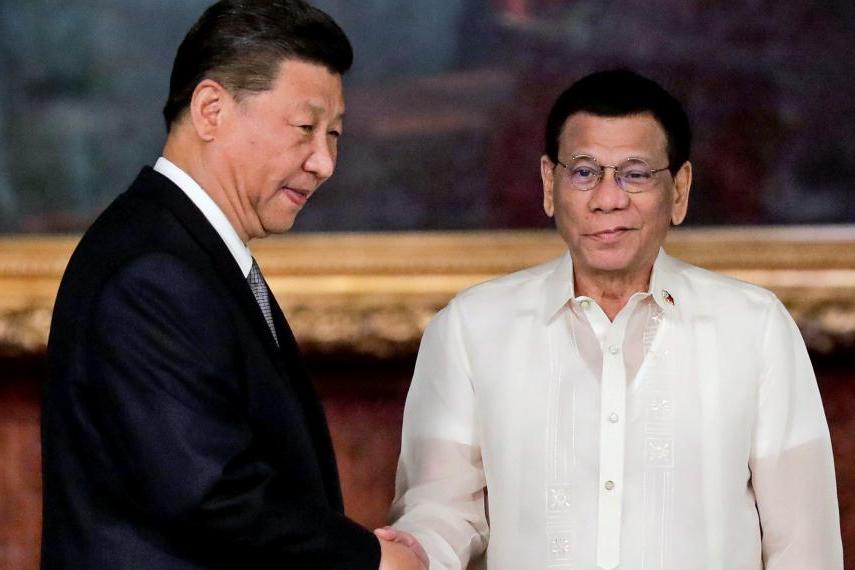 President Rodrigo Duterte has sparked allegations of copying China’s  Xi Jinping by using police to abuse and raise fears among his critics. Critics of Duterte’s lockdown have recently seen the warrant-less arrest of Filipinos.

Observers have said the arrests are “illegal”, while doctors have called for more understanding of people making outlandish statements while under quarantine.

Lawyer Christian Monsod, who helped write the country’s constitution in 1987, told Asia One: “The arrests were unconstitutional. No warrant of arrest. Non complaint. No basis for a warrant-less arrest.


“Whether [the messages were] libellous or not is for a court to decide, not the police,” Monsod said.

The Presidential Security Group was quoted by local tabloid Abante TNT as saying that “anybody could be held liable if he threatens to harm or kill a person. Even more if the one that is threatened is the president of the republic”.

Abante TNT said the authorities were looking for others who posted threats online. Including one person who had asked the terrorist group Abu Sayyaf to shoot Duterte.

The arrests come a month after Duterte appeared to give the green light for police to “shoot dead” violators of the lockdown.

Duterte uses police as a weapon against critics

Police have also arrested other critics insulting Duterte on social media. On May 13, Reynaldo Orcullo, a 41-year-old salesman, was arrested after writing on Facebook that Duterte was “buang (crazy)” and an “a*****e”.

Law enforcers cited several reasons for the warrant-less arrests: Inciting sedition, cyberlibel, and in the case of Mas, violating the code of conduct for public officials.

Unhappy over the shutdown of the Philippines’ largest broadcaster ABS-CBN, Mas fired off some tweets criticizing Duterte. Including one in which he offered a bounty for Duterte’s death.


Although it was clear Mas was not wealthy enough to pay the fee he was claiming to offer, he later appeared handcuffed at a media briefing, where he was made to “confess”.

The Justice Department said Mas’ arrest was “invalid”, but it became valid when Mas “confessed extra-judicially” to the media. After eight days in jail, Mas was released on bail of 72,000 pesos.

Those arrested without warrants have apologized and said they were joking. Mas said he just wanted to attract attention.

Critics have highlighted the irony that police would go after people making outlandish death threats against Duterte, a president known for making death threats himself. In 2017, he threatened to behead former president Benigno Aquino III for saying “nothing was happening” in the government’s drugs war.

Duterte has also called on people to kill oligarchs, priests, drug lords and corrupt officials. He has instructed soldiers to shoot female rebels in the genitals.

Manuel Mogato, a former journalist who covered the Philippine police and military for decades, said: “The arrests of ordinary people who speak out or make jokes on killing the president have a chilling effect.

Mogato said the police were emboldened to arrest without warrants because “Duterte has repeatedly (told police) ‘I will not allow you to go to jail’”.

He added that there were likely to be more cases of police abuse because “under Duterte, police professionalism is vanishing”.

Chel Diokno, a human rights lawyer, said: “It is not the job of the police to protect the president from the opinions of citizens. Their job is to protect the citizens.”

Psychiatrist Ricardo Soler said the coronavirus quarantine, which has seen entire cities in the Philippines locked down, had “exacerbated psychiatric conditions very badly”.

Filipinos were suffering under the quarantine and those acting out needed to be evaluated, not arrested, he said.

“It’s a very, very big problem,” Soler said. “There are so many on Twitter, on WhatsApp, who are so upset. They just need to vent out or let go of their emotions.”

President Xi Jinping, for all of his goodness to us, wrote me a letter and said that he is willing to help. All we have to do is to ask,” Duterte gushed in March. The U.S. also sent help, but Duterte hardly acknowledged it.

Duterte has long touted China as the primary investor in the Philippines. He has also pushed for a more “independent” foreign policy. Summed up as, “less America, more China.”

Duterte has effusively praised China and its strongman President Xi Jinping on many occasions, the Philippines needed to deepen ties with Beijing because China is willing to invest in his country.

“I need China. More than anybody else at this point, I need China,” Duterte said. “I simply love Xi Jinping. He also understood, he understands my problem and is willing to help. So I would say thank you China.