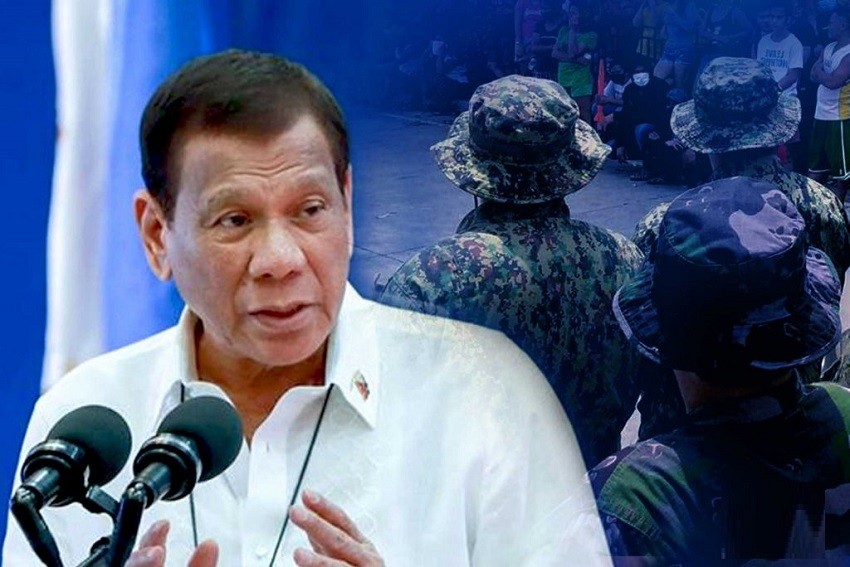 Philippine President Rodrigo Duterte has warned violators of Covid-19 coronavirus lockdown that they could be shot for causing trouble. He also said abuse of medical workers was a serious crime that would not be tolerated.

In a televised address, President Duterte said it was vital that everyone cooperates and follows home quarantine measures. Above all as authorities try to slow the spread of Covid-19. Furthermore to spare the country’s fragile health system from being overwhelmed.

The Philippines has recorded 96 coronavirus deaths and 2,311 confirmed cases since the breakout in Wuhan China. Furthermore Covid-19 infections in the Philippines are now being reported in the hundreds every day.


I will bury you,” he warned

“It is getting worse. So once again I’m telling you the seriousness of the problem and that you must listen,” Duterte said. “My orders to the police and military … if there is trouble and they fight back and your lives are in danger, shoot them dead. Is that understood? Dead. Instead of causing trouble, I will bury you,” he warned.

His comments came after media reports of a disturbance and several arrests on Wednesday. Residents in a poor area of Manila who were protesting about government food aid.

They also follow outrage among the medical community about social stigma and instances of hospital workers suffering physical abuse and discrimination, which Duterte said must be stopped.

Activists deride Duterte over his fierce rhetoric and accuse him of inciting violence and vigilantism. As shown in his war on drugs, during which police and mystery gunmen have killed thousands of people accused of using or selling drugs.

Police say their actions in the anti-drug campaign have been lawful. Duterte’s office typically calls his remarks hyperbole to underline his point.

The national police chief on Thursday said police understood that Duterte was demonstrating his seriousness about public order. Furthermore no one would be shot.