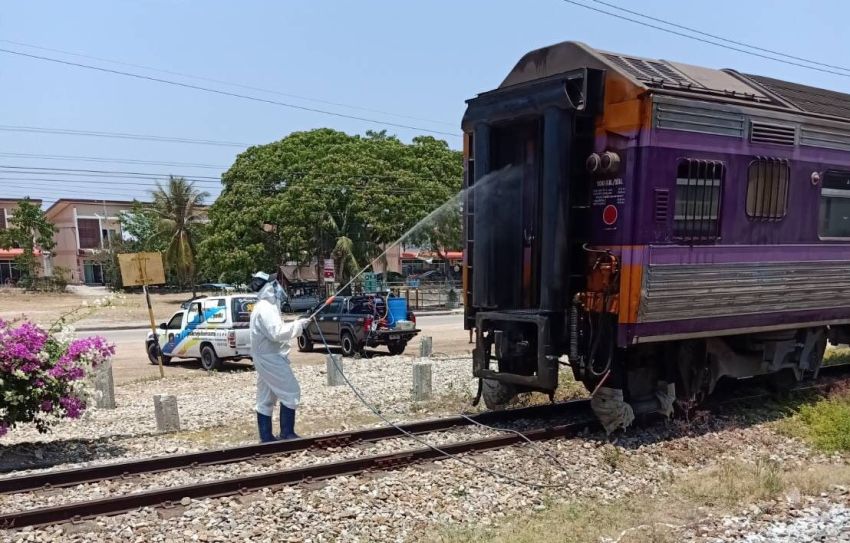 Thailand’s state railway has reported that a passenger infected with covid-19 coronavirus has died on a south-bound express train. The 57-year-old passenger tested positive for Covid-19, an official said on Wednesday.

The positive test was confirmed by the health department, State Railway of Thailand (SRT) deputy governor Voravuth Mala said on Facebook. The SRT did not name the passenger, but Thai media reported his name as Anant Sahor, 57, of Narathiwat province.

Governor Voravuth said the passenger bought a ticket for a second-class air-conditioned carriage. He boarded the train’s car No 4 at Bang Sue railway station en route to Sungai Kolok.

The man developed a cough and vomited during the journey. His condition had apparently improved by the time the train reached Hua Hin railway station. A team of screening officials from Hua Hin municipality checked his body temperature, which was measured at 36 degrees Celsius.

Officials advised the passenger to take a rest at Hua Hin station, but he insisted on continuing his journey.

At about 10.15pm, train staff found the passenger collapsed in front of a toilet. When the train reached Thap Sakae railway station, a local rescue team boarded the train. They took the man to Thap Sakae Hospital, where he was pronounced dead shortly after midnight.  According to the Health department he also suffered from diabetes.

SRT has sent a list of 15 passengers who were on board the same rail carriage. The public health department has quarantined 11 people, including 2 train staffers at Bang Sue railway station. Also a security guard and 7 railway staffers working on the special expressway train.

Dr Suriya Khuharat, chief of Prachuap Khiri Khan public health department, said on Wednesday that the passenger had just returned from Pakistan to Suvarnabhumi airport. He underwent screening at the airport, but was not found to have any fever.

Prachuap Khiri Khan governor Pallop Singhasenee said Anant was the 13th Covid-19 infection case in the province. Furthermore he was the first to die from the Covid-19 coronavirus.